India   All India  30 Aug 2018  Law panel endorses 'one nation one poll' proposal in draft report to Centre
India, All India

'Such an exercise will save public money, help reduce the burden on administrative set up and security forces,' draft report said. 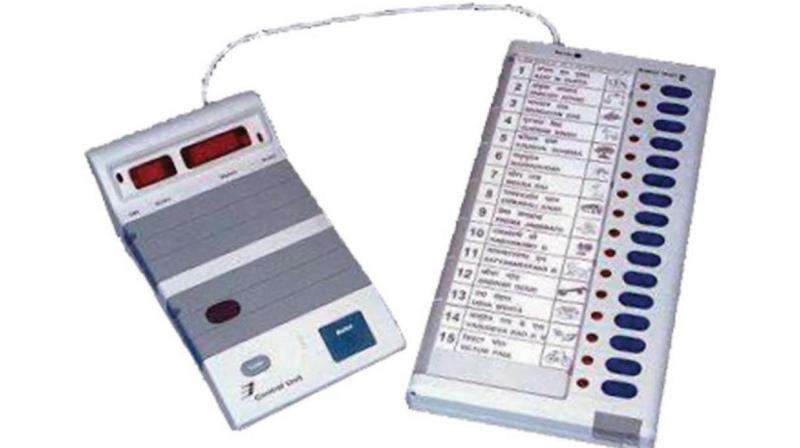 The draft report, however, cautioned that 'holding simultaneous elections is not possible within the existing framework of the Constitution'. (Representational Image)

New Delhi: Holding simultaneous elections to Lok Sabha and state assemblies is a solution to prevent the country from being in constant election mode, the Law Commission said on Thursday in its draft report and recommended changes in the Constitution and the electoral law to hold the mammoth exercise.

The 'draft' report submitted to the Law Ministry recommended “holding of simultaneous elections to House of the People (Lok Sabha) and the State Legislative Assemblies (except the State of Jammu and Kashmir).

"Such an exercise will, it said, save public money, help reduce the burden on administrative set up and security forces and ensure better implementation of government policies. It said if simultaneous polls are held, the administrative machinery of the country will be continuously engaged in developmental activities, “rather than in electioneering”.

However, the law panel further said that a discussion is needed with all stake holders because of the complex issues involved.

"In view of the complexity of the issues involved, it is desirable to have further discussions and examination on the matter, involving all the stakeholders, once again, before making final recommendations to the Government," the draft report said.

It also cautioned that "holding simultaneous elections is not possible within the existing framework of the Constitution".

Most opposition parties including Congress, Trinamool Congress, AAP, DMK, Telugu Desam Party, Left parties and the JD(S) have consistently opposed the proposal, questioning its feasibility and arguing that it would be against federal principles.