Militants fired on a joint 'naka' of police and the CRPF at Panthachowk area late on Saturday night, official said 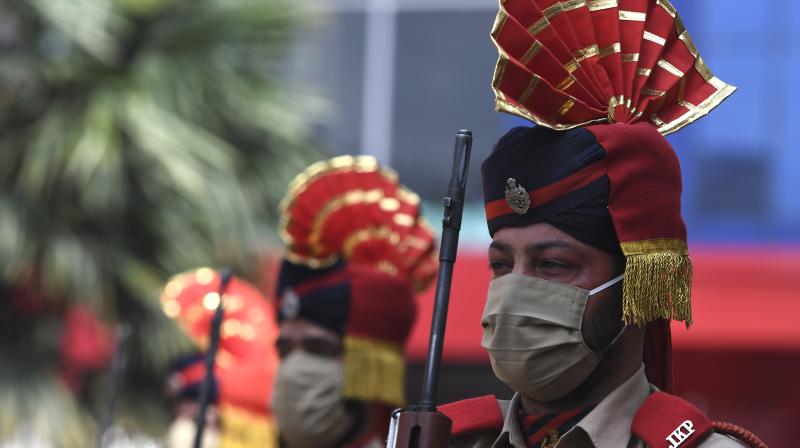 Policemen pay tribute to their colleague ASI Babu Ram who was martyred in an encounter with militants at Pantha Chowk last night, in Srinagar. — photo: HU Naqash

Srinagar: Three militants and an assistant sub-inspector of Jammu and Kashmir Police were killed in a gunfight on the outskirts of the city on Sunday, police said.

He said the joint parties of the forces cordoned off the area and launched a search operation there.

During the searches in the area, the militants again fired on the search party of the forces, who retaliated, leading to an encounter, the official said.

A tight cordon was maintained throughout the night and the firing resumed this morning, he said.

He said three militants were killed in the gunfight.

An assistant sub-inspector of Jammu and Kashmir Police, Babu Ram, was also killed in the operation, the official added.

The operation is going on and further details were awaited, he said.