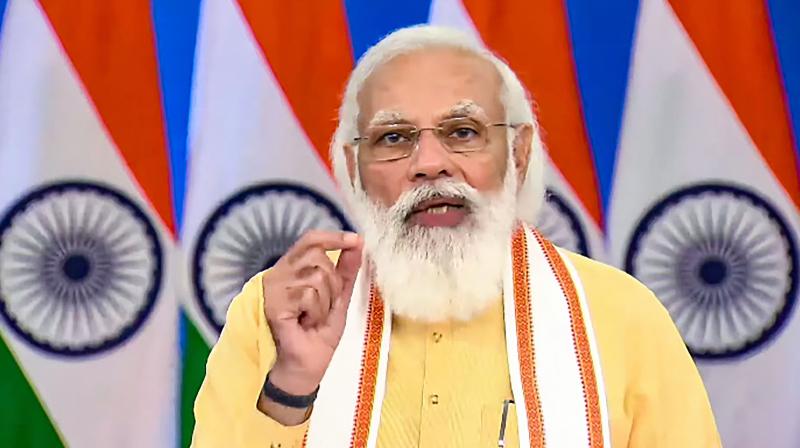 New Delhi: The youth today are willing to take the risk “to do or join a start-up and the start-up culture is expanding even to smaller cities”, Prime Minister Narendra Modi said on Sunday, adding that he sees it “as an indication of a bright future”.

Delivering his monthly Mann Ki Baat address, Modi also spoke of today’s youth focusing on excellence instead of accepting mediocrity. “Wherever you see… go to any family… however well to do, however educated the family might be… if you speak to a young person in the family, she or he, moving away from family traditions, express the wish to do a start up or join a start up… excitedly willing to take a risk. Today, the startup culture is expanding even to smaller cities and I am seeing it as an indication of a bright future,” Modi said.

“Just a few days ago, toys in our country were being discussed. Within no time, when this caught the attention of our youth, they too resolutely decided to work towards positioning Indian toys in the world with a distinct identity. And they are trying out ever new experiments. The world is a huge market for toys… a market of 6 to 7 lakh crores. Today India’s share is miniscule. But, how to craft toys, what diversity to be lent to toys, what technology to be used, how toys should be, compatible with child psychology… these are points where the youth of the country is applying minds to… wishing to contribute something,” Modi further said.

Modi also praised India’s ancient classical language Sanskrit and referred to the contributions of foreigners teaching the language abroad as well a group of young RJs in Gujarat who were speaking in Sanskrit and spreading awareness about it on radio.