In a letter to PM Modi, Viswam said the deaths of the two children days before October 2 should be investigated. 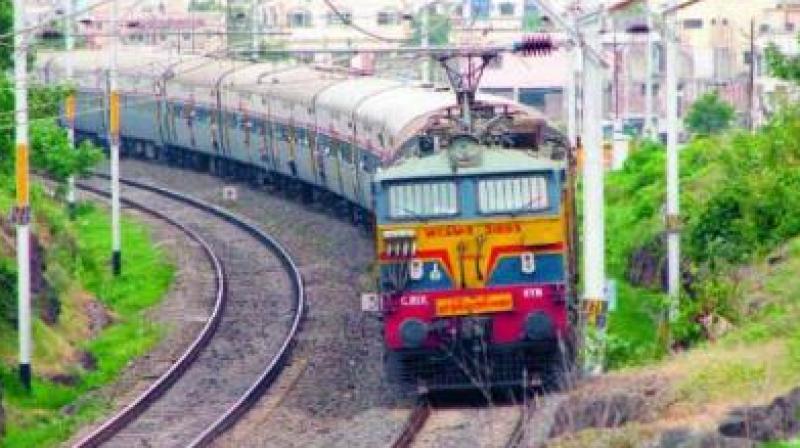 'I urge you to undertake a morning train journey through any of the north Indian states,' the Left leader said in his letter to PM Modi. (Photo: Representational)

New Delhi: CPI MP Binoy Viswam has asked Prime Minister Narendra Modi to travel by train through any state in north India to see the extent of open defecation taking place in the country, days after two children were allegedly beaten to death in Madhya Pradesh for defecating in the open.

In a letter to PM Modi, Viswam said the deaths of the two children days before October 2, Mahatma Gandhi's birth anniversary, should be investigated and that PM Modi should mention them in his speech.

"On October 2nd this year, you will declare India an open-defecation-free country... I urge you to undertake a morning train journey through any of the north Indian states. What good is a declaration when our reality is this?" the Left leader said in his letter to PM Modi.

"Before you declare India an open defecation-free country invoking the memory of Gandhiji on the 2nd of October, do enquire about the deaths of these two children," Viswam said.

Two children, aged 10 and 12 years, were allegedly beaten to death for defecating in the open at Bhavkhedi village of Madhya Pradesh's Shivpuri district.

"Our system did not stop the accused from killing these Dalit children, who were forced to defecate in the open because they did not have a toilet at home. These children, who were not allowed to share a seat with others in their school, or to draw water from the common well, have now been murdered. Father of our nation Mahatma Gandhi hoped to wipe off the tears of these downtrodden communities. I wonder if Godse did not kill these goals too when he shot the Mahatma," Viswam said in his letter to PM Modi.

"If you can fathom the depth of loss suffered by their family, do spare a few words for these two children at least at the fag-end of your speech, which I am sure will be yet another oratorical hallmark," he said.