Chouhan also claimed India is ahead of the US as far as women empowerment is concerned. 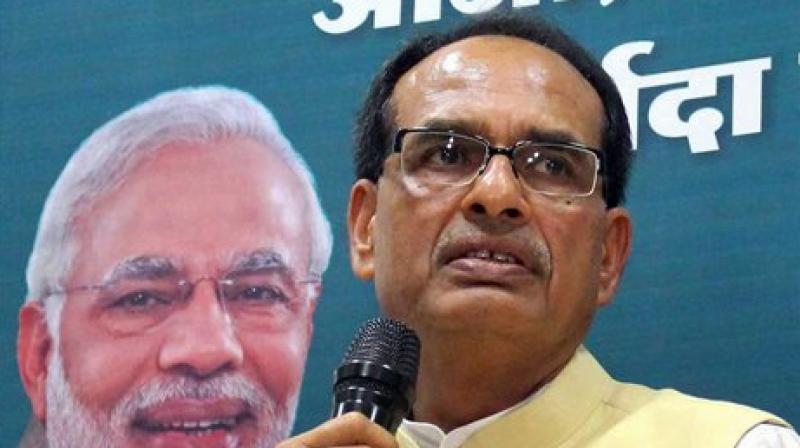 Madhya Pradesh Chief Minister Shivraj Singh Chouhan also said the media in India and in Madhya Pradesh is fair while the US media is not. (Photo: PTI)

Bhopal: Unfazed by the flutter caused by his statement that the condition of roads in Madhya Pradesh is better than those in the United States, Madhya Pradesh Chief Minister Shivraj Singh Chouhan on Saturday cited a report to claim that 92 per cent of the roads in Washington are in "poor" shape.

Chouhan also claimed India is ahead of the US as far as women empowerment is concerned.

While addressing a business round-table organised by the Confederation of Indian Industry (CII) and the US-India Strategic Partnership Forum in the US capital last week, Chouhan had said, "When I got down at the Washington airport and travelled on the road, I felt the roads in Madhya Pradesh are better than the United States... I am saying this not just for the sake of saying."

His statement had invited ridicule from the Congress.

Upon his return to Bhopal after a week-long US tour, Chouhan told reporters at the Raja Bhoj airport: "I want to give you an example. If you go to the city through the super corridor from the Indore airport, you will find world class roads. This was in my mind when I was speaking in the US."

"I had read a report that 92 per cent of the roads in Washington are in poor shape," he said.

"I went there for branding of Madhya Pradesh and not to highlight the poor condition of roads in some localities, but the Congress sees politics in everything," he said.

Chauhan claimed India and Madhya Pradesh are way ahead of the US in terms of women empowerment.

"In the US, a woman was about to become president but she lost. In India, women have held all the top posts ... got elected from panchayat to Parliament. They have been elected president and prime minister. So, we are ahead as far as women empowerment is concerned," he said.

He said the media in India and in Madhya Pradesh is fair while the US media is not.

"Our media is impartial. On the contrary, the US media take sides. They firmly stand on one side but our media targets everybody," he quipped.

On the outcome of his US visit, Chouhan said he had very fruitful meetings with the investors who showed interest in the fields of education, health and food processing, electronics, construction, and defence.

Chouhan said this is the "golden era" of India’s relations with the US.

"After Barack Obama, Donald Trump is also in favour of strong relations with India. In America, Indians are seen with great respect," he said.

Chouhan said there are about 400 doctors in the US who hail from Madhya Pradesh.

"These doctors gathered under the aegis of 'Friends of MP' organisation. They expressed willingness to offer training to the doctors here. We have also got some proposals in the field of education," he added.

Chouhan said a meeting of 'Friends of MP' will be organised in Indore on January 4-5.

He said the world is now adopting Deendayal Upadhyay's doctrine of "ekatm manavvad" (composite humanism) after the failure of socialism, communism and capitalism.

"I was invited to attend one such programme organised to mark the birth centenary of Deendayal ji," he said.