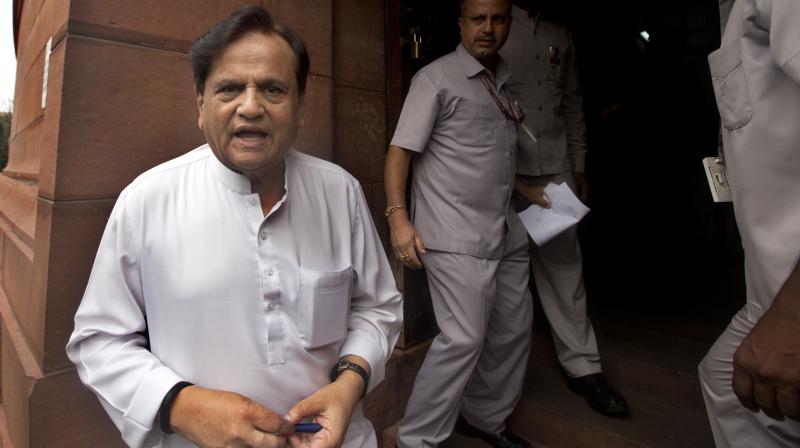 New Delhi: Following Gujarat chief minister Vijay Rupani’s statement that one of the youth arrested for terror charges used to work in a hospital that was allegedly ‘managed’ by senior Congress leader and Rajya Sabha MP Ahmed Patel, the latter has written the matter to Union home minister Rajnath Singh.

Mr. Patel asked Mr Singh to ‘ instruct relevant law enforcement agencies to take the investigation to its logical end in an impartial and objective manner, in a manner which befits such a serious offence’.

Jayesh N. Patel, a trustee of the hospital has denied that “Ahmed Patel or any of his family members are connected with the hospital and the trust in any away’’.

Mr Rupani had earlier said that the hospital that employed one of the two youths arrested for suspected ISIS links in Gujarat was being “managed” by Ahmed Patel. And that he should explain the circumstances behind employing the youth and why the accused resigned days before he was held. Denying the allegation, Mr. Patel said, they were baseless.  “My party appreciates the ATS’s effort to nab the terrorists. I demand strict action against them. The allegations put forward by BJP are completely baseless. We request that matters of national security not be politicised keeping the elections in mind,” he tweeted.