Experts in dissemination and management of information about armed conflicts are also alarmed at the evolving trends in insurgency. 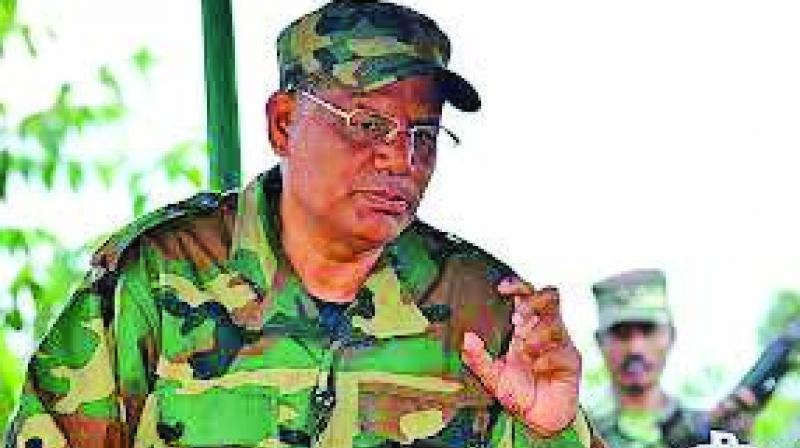 Elusive Ulfa (I) chief Paresh Baruah uses this phone to contact sympathisers and to issue threats to business houses across Assam.

Guwahati: The Indian Army is contemplating an intensive campaign to counter northeast rebel groups on the social media which is increasingly being used as a propaganda tool by the insurgents.

Pointing out that insurgents are using the social media to make their presence felt in the region, defence spokesman Lieutenant Colonel Suneet Newton said, "It has become mandatory for security agencies to sharpen their knives to counter these low-cost and social media platforms from being used by  terror groups."

It is significant that Nationalist Socialist Council of Nagaland (Khaplang) recently launched an offensive by attacking an Army camp in Arunachal Pradesh. However, heavily armed NSCN-K rebels were forced to flee soon after a counter attack by Army personnel. The incident was a serious setback for the NSCN-K, but it took to social media claiming that its rebels inflicted heavy casualties on the Army.

Pointing out that the NSCN-K, which takes pride in its strike power, had to face humiliation due to the security forces' prompt retaliation, sources said the rebel group took to the social media to make a false claim about success in the attack on the Army. It was a face-saving gesture by the NSCN-K, said defence source.

In Assam, anti-talk faction of United Liberation Front of Assam-Independent (Ulfa-I) has been using WhatsApp and other social media tools to send extortion demands to business houses, security sources said, adding that "internet mobile" helps insurgent leaders in this regard.

Elusive Ulfa (I) chief Paresh Baruah uses this phone to contact sympathisers and to issue threats to business houses across Assam.

In order to continue their extortion drive, terrorists and their sympathisers or sponsors use several tactics to operate with maximum safety, prolong terrorism wars and project insurgency as the triumphing force against the security forces. They use propaganda as one of the major weapons to market a bogus or imaginary illusion of strength or victory, sources said, adding that even when terrorists are apparently defeated or suffer irrecoverable fatalities. Security sources said that, of late, there have been instances of northeast insurgent groups using social media to spread terror through propaganda.

Experts in dissemination and management of information about armed conflicts are also alarmed at the evolving trends in insurgency.

Referring to a series of protests and opposition to terrorist outfits by villagers in Arunachal Pradesh, the defence spokesperson said that writing is clearly on the wall that these terror groups have started resorting to misusing social media platforms to spread misinformation and apparent rumours of their successes against the security forces.

Apparently the prime reason for this misinformation campaign seems to be the urge in these groups to sustain their relevance and keep up the bogey of fear they try to enforce on people so as to keep their extortion machinery running unhindered, he added.

In fact, it has been observed that the basic theme of social media campaign perpetrated by these groups is the illusionary casualties they claim to have caused to the security forces in dramatic encounters, without realising that the audience they intend targeting has become aware of the pitfalls of such baseless, malicious campaigns, Mr Newton said, while citing instances of protest by villagers of Niausa in Longding district of Arunachal Pradesh.

Security sources also pointed out that terrorists target developmental activities of the government by spreading false propaganda on social media along the Indo-Myanmar border areas as the fear losing their relevance if progress takes place here.