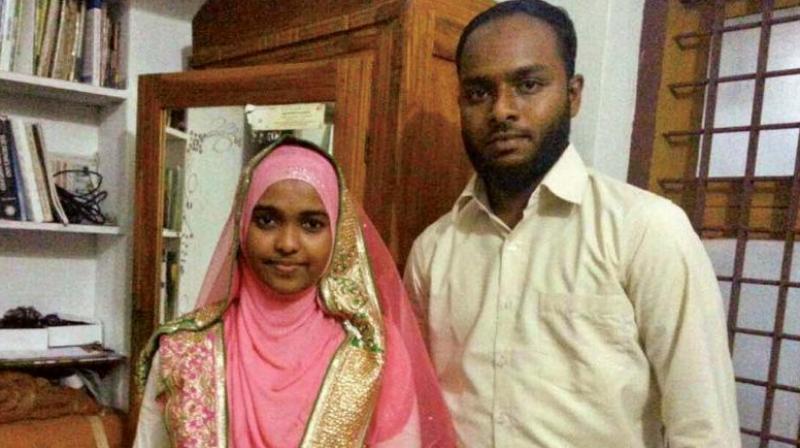 New Delhi: The Supreme Court on Monday observed that Hadiya, who has been forcibly confined to her house near Kottayam in Kerala by her parents, is a major and her consent is most important.

It also asked Hadiya’s father to produce her before the court on November 27.

Her father appealed for in-camera proceedings, but the Supreme Court declined his request. The apex court said it the court proceedings will be held in an open court.

The apex court was on Monday hearing Jahan’s plea against the Kerala High Court order, annulling their marriage. The high court had also ordered that Hadiya should live under the protective custody of her parents in Kottayam.

The high court had also held that the girl was brought up as “a Hindu in accordance with the faith of her parents” and that “she was indoctrinated by persons whose identities have not been ascertained.” It was felt that the marriage was part of a “love jihad” culture.

Their marriage was challenged in the high court by Hadiya’s father, who also alleged that her husband, Jahan, has links with terror group ISIS.

Jahan had also pleaded before the Supreme Court to cancel the National Investigation Agency (NIA) probe into their marriage. The NIA probe was ordered by the apex court.

On October 3, the apex had said prima facie it was of the view that the father can’t hold custody of his 24-year-old girl.

Hadiya, in a recent video, had claimed that her father beats her daily and she might die soon.

"You need to get me out...I will be killed anytime. “I know my father is getting angry...He hits and kicks me when I walk,” she said.

The video, which was originally taken by activist Rahul Easwar, ends on an abrupt note with Hadiya saying, "What if my head or any part of my body hits somewhere and I die..."