The move, the BJD and the BJP hope, would help them fetch more votes in 2019 Assembly and LS polls. 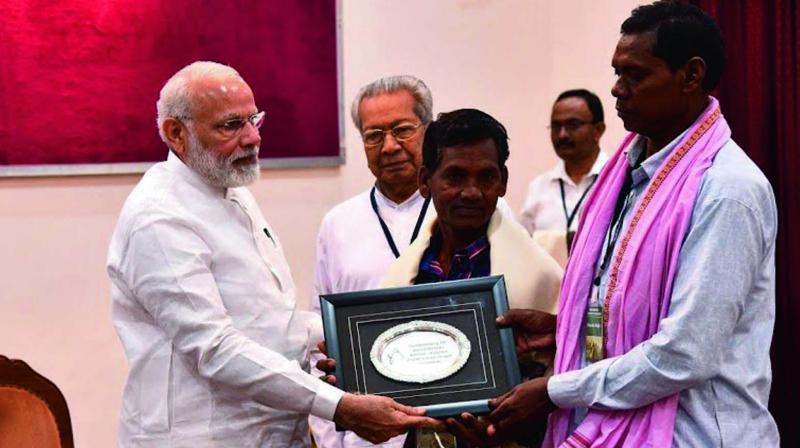 Bhubaneswar: The topic of 1817 Paika rebellion against the British in Odisha has increasingly started dominating the contemporary politics in the state with both the ruling BJD and the rival BJP recalling the event at public meetings in a bid to connect with the Kshatriya community and tribals which revolted against the European oppression.

The move, the BJD and the BJP hope, would help them fetch more votes in 2019 Assembly and LS polls.

The Paika rebellion is the lesser known rebellion which broke out in Odisha 200 years ago and 40 years before the popular 1857 Sepoy Mutiny, which is now considered India's First War of Independence.

Communities, which constitute almost 60 per cent of the state’s population, were connected with the fight against the British in the state. This large segment of the voters, who have an emotional connect with the revolt, is tempting parties to use the historical event for electoral gains.

The Biju Janata Dal (BJD) and the Bharatiya Janata Party (BJP), currently Odisha’s top two political players, are playing the Paika card to the hilt, knowing that it can swing polls in their favour.

The Paiks, as the members of the Paika community are popularly known, constitute a sizeable portion of the state’s 4.19 crore population.

According to political experts, the BJP is ahead of other in politically encashing the 19th century revolt. The BJP-led Narendra Modi government allocated Rs 200 crore in the Union budget for the current fiscal for the bicentenary celebration of the event. 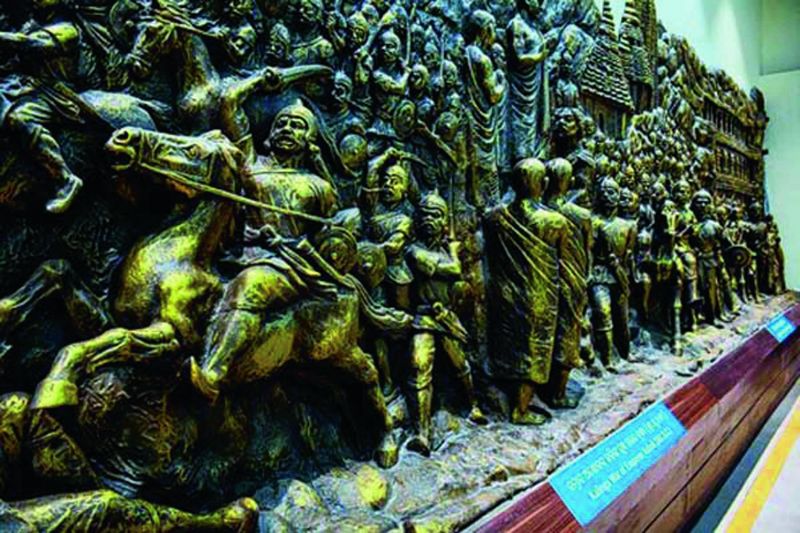 A sculpture depicting the Paika revolt at Odisha State Museum in Bhubaneswar.

In addition, Union human resource development minister Prakash Javadekar has announced that the rebellion would be included in historybooks in 2018 as the country’s first war of Independence, virtually replacing the 1857 sepoy mutiny.

Not to be left behind, the BJD government in the state has started celebrating the bicentenary of the Paika rebellion across the country by sanctioning Rs 50 crore.

When several organisations with BJP links started celebrating, albeit unofficially, the bicentenary of the event early this year, it was clear that the saffron party would showcase it in a larger way to attract the Kshatriyas, tribals and all those people who have an intense feeling for their Odia motherland.

The BJD was caught unawares when Union finance minister Arun Jaitely, in his Budget speech in February, mentioned the Paika rebellion and made an allocation of `200 crore for its celebration across the country.

In a belated counter move, on July 19, 2017, Odisha chief minister Naveen Patnaik wrote to the Centre to declare the Paika rebellion of 1817 as the First War of Independence in India.

Mr Patnaik’s move was seen as an attempt to ensure that the BJP did not walk away with all the credit for recognising the importance of the revolt.

In his letter to home minister Rajnath Singh on the issue, Mr Patnaik said, “I request the government of India to consider this proposal positively so that the people appreciate, in correct perspective, the events that led to the Indian freedom struggle and our historic independence from foreign rule."

Taking a cue from the chief minister, the Odisha government’s culture department started commemorating the bicentenary of the revolt in national capital Delhi and other metro cities which have a sizeable Odia population. The attempt was to send across a message that the ruling BJD honours the heroic exploits of the Odia warriors.

BJP stalwart and Union minister Dharmendra Pradhan played a masterstroke this month when he brought into the party’s fold Upasana Mohapatra, daughter of firebrand Congress leader late Lalatendu Bidyadhar Mohapatra, a descendant of Bakshi Jagabandu who was the commander of the forces of the king of Khordha which fought the British.

This event was preceded by Mr Modi, on April 16, 2017, felicitating descendants of 16  freedom fighters of the state at Raj Bhavan and announcing that virtual museums would be set up at 50 places in the country to highlight the "significant" role of the Paiks and the tribals in the revolt.

Like the proposed Vallabhbhai Patel statue in Gujarat, the Centre is also contemplating to install a 182-metre statue Bakshi Jagabandhu on the foothills of Barunei near Khurda where the fierce battle took place.

The Paika Rebellion:
In 1817, the Paika rebellion or Paika Bidroha broke out in Khurda district of Odisha under the leadership of Bakshi Jagabandhu Bidyadhar Mohapatra, the military chief of the King of Khurda. The traditional soldiers of Odisha's Khurda were known as the Paiks.

The revolt was against the British attempt to fiddle with the economy and revenue system in Odisha. This interference, exploitation and oppression by the British had upset the farmers  and the King of Khurda.

Bidyadhar led his army of Paiks and confronted the British on April 2, 1817. The farmers too rose in rebellion.

The British were forced to retreat and it was seen as the very first success of an organised revolt against them.

Country should know factual history: Javadekar
Union human resource development minister Prakash Javadekar has said that theOdisha’s Paika rebellion is indeed the first organised revolt against the British rule. It would find a place as the First War of Independence in the 2018 history books and include details of the rebellion against the then British raj. The country should learn factual history.

As the British began to tinker with the revenue system at the start of the 17th century, the farming community of Odisha rose up in rebellion.

Bakshi Jagabandhu Bidyadhar, military chief of the then King of Khurda, led a motley army of Paikas and forced the British East India Company’s forces to retreat. The rebellion came to be known as the Paika ‘Bidroha’.