The BJP leader after reading a booklet written by a German scholar, set up a team to conduct a methodical research on subject. 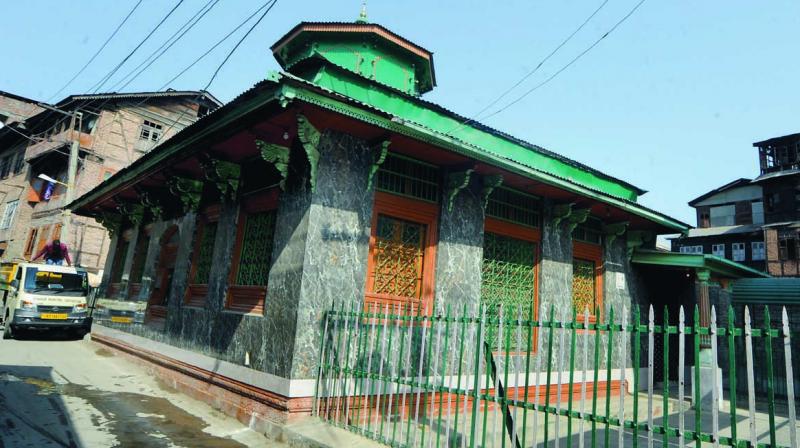 Srinagar: There is a belief among a section of Kashmiris that they are a ‘lost tribe’ of the Israelis. Even some scholars allude to the same. They refer to umpteen number of words with similar meanings in Kashmiri and Hebrew languages.

Many others regard their ancestry from the Lost Tribes of Israel. Different places in the region have Israeli names such as Har Nevo, Beit Peor, Pisga, Heshubon. This story has another fan — senior BJP leader Dr Subramanyan Swamy, who otherwise holds strong views on Kashmir. During one of his trips to the scenic state, he visited two graves believed to be those of Jesus Christ and Prophet Moses. The locals, many of whom are Muslim, honour both as children of Israel. The Quran too speaks a great deal about the two saints.

Dr Swamy does not question the claim of Kashmiris being one of Lost Tribes of the Israel though others do not buy the hypothesis. “It is a matter of interest that Prophet Moses is buried in Kashmir and that Christ too had visited the Valley and visited a Buddhist monastery in Ladakh. He died in Srinagar, so say believers.

The BJP leader after reading a booklet written by a German scholar, set up a team to conduct a methodical research on subject.

Former J&K director-general, tourism, Muhammad Ashraf says a proper study needs to be done to unravel the truth. “If it is proved that J&K was the last abode of Christ and Prophet Moses, it would become one of the pilgrimage centre in the world,” he said.

Several tourists visit the J&K each year. Tourism officials believe that the existence of Christ and Prophet Moses’s graves could attract millions, particularly from the Middle East, including Israel, the Europe and the West. Even now Israelis visit  the grave believed to be of Christ at Rozabal in Srinagar and that of Prophet Moses near Bandi-pore town. They also visit monuments, including the Grand Mosque, Hazratbal shrine and Takht-e-Suleman or Throne of Solomon overlooking Dal Lake. Officials say the Israeli tourists arrive in the Valley.  despite a caveat issued in Jerusalem over two-and-a-half decades ago seems to have failed to prevent them from visiting the state.

But an incident occurred way back in 1992 serves as a grim reminder of the Israeli nationals being unwelcome by sections of separatist militants active in the state. A group of the Israeli tourists staying in a houseboat on Dal lake was captured by one of the groups called Pasdaran-e-Islam. While being removed to an unknown destination, a scuffle broke out resulting in the death of an Israeli and a militant. Another Israeli, who ran away, was rescued by JKLF, which handed him over to United Nations Military Observers for India and Pakistan.

With  several Israeli tourists visiting Kashmir, a number of houseboats on Dal and Nagin lakes have adorned boards and menus in Hebrew. Whether Israelis visit Kashmir or not, the belief among a section of local population alluded to by some scholars  that Kashmiris are a “lost tribe” of Israelis has been a source of pursuit for many residents and visitors alike.

Aziz Kashmiri, the author of the book Christ in Kashmir would insist that the ancestral people of Kashmir were one of the lost 10 tribes of Israel and that the Christ died during a visit to the Valley, a tale not corroborated by Quran.

Suzanna Olsson, the author of the book Jesus, Last King of Kashmir: Life after the Crucifixion reveals the findings of her seven-year journey through the Himalayan mountains where she spearheaded a study into the post-crucifix life of the Christ in India.

Ms Olsson is personally convinced of the tombs’ authenticity, but failed in her efforts to obtain the scientific verification so necessary for world acceptance. According to her, the basis of the beliefs is through tracing the lineage of the Christ.