On Tuesday GRSE signed contract, which covers design, construction and supply, with the defence ministry. 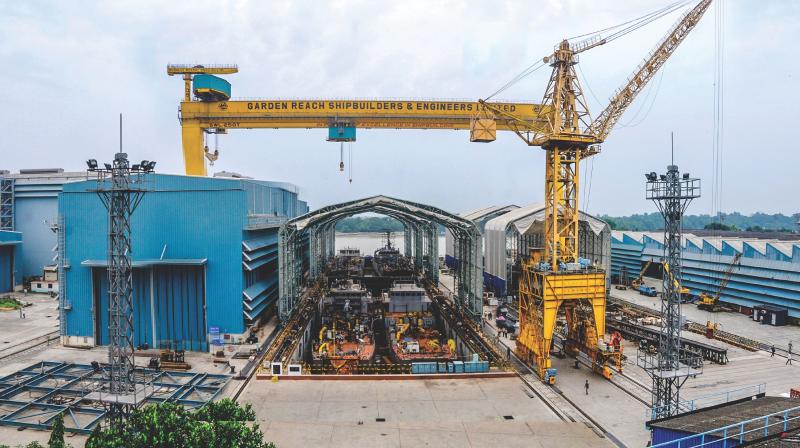 With the prestigious contract, the GRSE’s order book as on date stands at Rs 22,604 crore. (Photo: Facebook | @grsekolkata)

On Tuesday it signed the contract, which covers design, construction and supply, with the defence ministry.

The Request For Proposal (RFP) was issued by the Indian Navy to four DPSU Shipyards: GRSE, Goa Shipyard Limited, Hindustan Shipyard Limited and Cochin Shipyard Limited and two Indian private shipyards in April of 2016. The GRSE emerged as the lowest and successful bidder for the order value of Rs 2435.15 crore for the four vessels, according to a defence ministry statement.

With the prestigious contract, the GRSE’s order book as on date stands at Rs 22,604 crore. The GRSE is currently handling a major project to make 3 stealth frigates for Indian Navy under P17A project.

The four survey vessels (large) shall be 110 m long with a deep displacement of 3300 ton and complement of 231, capable of full scale coastal and deep-water hydrographic survey of ports and harbours, approaches and determination of navigational channels/ routes.

They shall be deployed for the collection of Oceanographic and Geophysical Data for Defence applications. In their secondary role, they shall be capable of performing limited search and rescue, limited ocean research and operate as hospital ship/casualty holding ships.

The vessels would be equipped with a highly advanced state of the art hydrographic equipment and sensors including a Hello Hanger to accommodate one advanced light helicopter.