India   All India  30 Oct 2018  May stop private vehicles in Delhi if pollution gets worse, says official
India, All India

May stop private vehicles in Delhi if pollution gets worse, says official

Delhi air quality turned 'severe' on Tuesday due to stubble burning, vehicular exhaust and a drop-off in wind speeds. 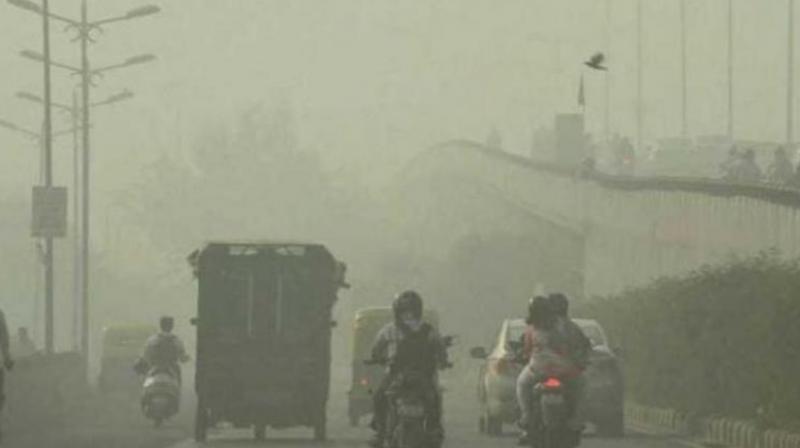 Toxic smog has started to envelop vast swathes of the northern part of the country, including New Delhi, as it does each year when winter approaches and farmers burn off the residue of crops. (Photo: File)

New Delhi: The use of private vehicles may be stopped in Delhi if air pollution, which has reached severe levels in recent days, gets worse, a senior environmental official said on Tuesday.

Toxic smog has started to envelop vast swathes of the northern part of the country, including New Delhi, as it does each year when winter approaches and farmers burn off the residue of crops.

"Let us hope the air pollution situation in Delhi doesn't deteriorate but if it turns out to be an emergency, we will have to stop the use of private transport," said Bhure Lal, chairman of the Environment Pollution Control Authority (EPCA). "There is a committee which will advise me on this."

EPCA, appointed by the Supreme Court, has already proposed halting construction, the use of diesel-run power generators, brick kilns and the burning of garbage between November 1 and November 10 when pollution levels are expected to rise.

Data from the Central Pollution Control Board showed the air quality index, which measures the concentration of poisonous particulate matter, hit 469 in parts of Delhi on Tuesday, up from 299.4 a week ago.

Crop stubble burning, a major source of pollution, vehicular exhaust and a drop-off in wind speeds have aggravated the smog that is likely to worsen around November 7, when fireworks will set off to celebrate Diwali.

As a blanket of haze settled over the area, the leaders of Aam Aadmi Party governing Delhi and a central government minister sparred over what to do.

"Every year Delhi suffers because of the ineptness of the federal government and the state governments of neighbouring Punjab and Haryana states," Delhi Chief Minister Arvind Kejriwal said in a tweet.

Farmers in Punjab and Haryana states, country's bread basket, start burning the residue of the previous crop to prepare for new plantings in November.

Defending the central government, Environment Minister Harsh Vardhan said his ministry and the state governments of Punjab and Haryana have tried to reduce stubble burning and the Delhi government must intensify its own efforts to help curb pollution.