"Statement by Kerala CM for BJP president Amit Shah is not acceptable. Who are the people trying to disrupt Sabarimala Temple?" he asked. 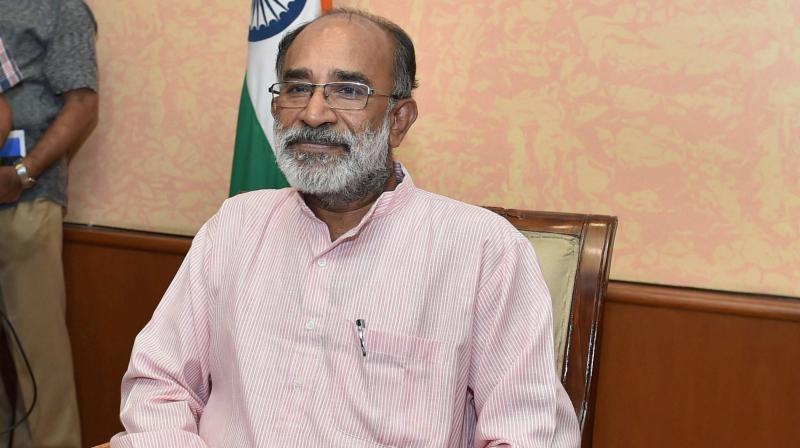 Union Minister KJ Alphons alleged that the women did not wanted to visit the temple because of their love for Lord Ayappa but to gain publicity. (Photo: File | PTI)

New Delhi: Union Minister KJ Alphons on Monday questioned the intentions of a Muslim and a Christian woman who attempted to enter the Sabarimala Temple in Kerala.

Alphons, while speaking with ANI alleged, that the women did not wanted to visit the temple because of their love for Lord Ayappa but to gain publicity.

"They want to have 10 seconds of television time. All this is not acceptable. People of Kerala have a certain sentiment for Ayyappa. Therefore, all of us need to respect that," he added.

The Kerala Chief minister on Saturday said that the statement made by Shah on Sabarimala temple in Kannur were against the constitution and law of the land.

"Amit Shah's statements (on Sabarimala issue) in Kannur are against constitution and law of the land. It's a clear intention of their agenda not to guarantee the fundamental rights. This shows the agenda of the RSS and Sangh Parivar," he said.

While addressing party workers in Kannur on Saturday, Shah had sharply criticised the Supreme Court verdict allowing entry of women of all ages inside Kerala's Sabarimala shrine and advised the state governments and courts to give only those orders, which can be followed.