A day earlier, the agency had raided and searched the offices of Greater Kashmir newspaper and the homes of journalists, activists 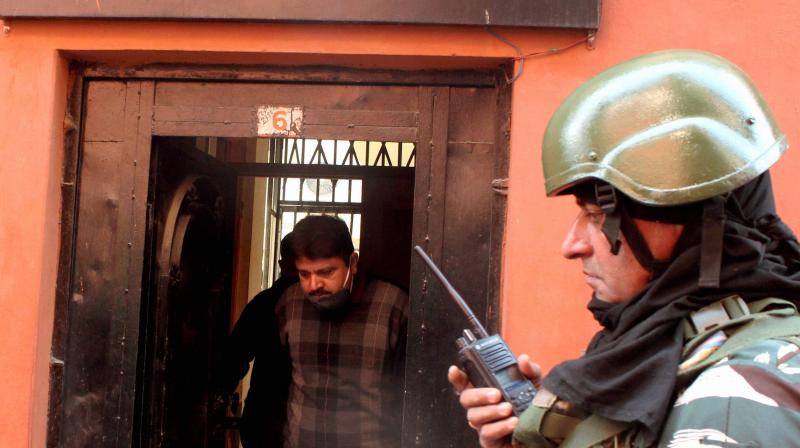 Srinagar: The National Investigation Agency (NIA) continued its raids on the offices of various Non-governmental organizations or NGOs and some other aid agencies and the homes of their organizers across Kashmir Valley on the second day running on Thursday.

Premises owned or used by a similar organization in Delhi were also searched by it in connection with a case pertaining to alleged misuse of funding received by these NGOs from across the country and abroad. The case was registered by the NIA earlier this month under sections 120B and 124 A IPC and sections 17, 18, 22A, 22C, 38, 39 and 40 of Unlawful Activities (Prevention) Act, 1967.

The agency has claimed that it began investigations in the matter after receiving “credible information” that certain NGOs and trusts operating in J&K “are collecting funds domestically and abroad through so-called donations and business contributions, etc. and are then utilizing these funds for secessionist and terrorist activities in J&K”.

On Thursday, nine locations in the Valley and one in Delhi were raided by the NIA sleuths. Those whose premises were searched include Falah-e-Aam Trust, Charity Alliance in Delhi, Human Welfare Foundation, JK Yateem Foundation, Salvation Movement and JK Voice of Victims.

A day earlier, the agency had raided and searched the offices of mass-circulated newspaper Greater Kashmir and a couple of NGOs and the homes of several journalists and human rights and political activists simultaneously in the Valley and Bangaluru.

The NIA had, however, said that the raids at Greater Kashmir office and the homes of some journalists were not in connection with their journalistic work and other professional pursuits but a case pertaining to alleged misuse of foreign contributions.

Those whose premises were searched on Wednesday include the residence and office of Khurram Parvez, co-ordinator of J&K Coalition of Civil Society, his associates viz. Parvez Ahmad Bukhari and Parvez Ahmad Matta and Bengaluru-based associate Swati Sheshadri, Parveena Ahanger, chairperson of Association of Parents of Disappeared Persons (APDP), and offices of NGO 'Athrout' and Greater Kashmir Trust. The NIA claimed seizing “several incriminating documents and electronic devices” during these raids and said that further investigation in the case is underway.

The raids, however, evoked sharp criticism from different quarters in Kashmir whereas some social media users described these as an attempt to ‘scare and harass’ those who refuse to fall in line with Indian narrative on Kashmir. Meanwhile, APDP chairperson Ms. Ahangar in a statement here strongly denied using or diverting any funds received by it for any unlawful or illegal activity and said that the organizations has maintained all the records of remittances and other transactions and their use in a transparent manner and the same is available for scrutiny by anyone.