Gayatri Devi’s petition says her husband was passing through the Lal Kothi area of Ayodhya with other kar sevaks around noon when he was shot. 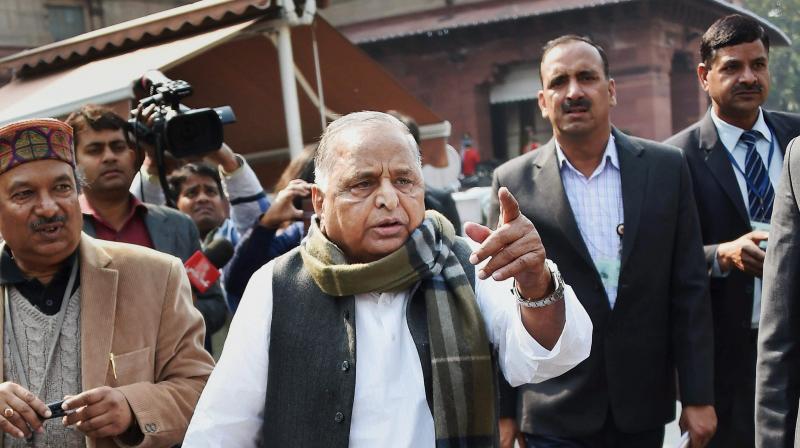 Lucknow: Samajwadi patriarch Mulayam Singh Yadav’s admission that he had ordered firing on “kar sevaks” in Ayodhya in November 1990 may not get him Muslim votes but it has certainly brought him some trouble.

The widow of a kar sevak, who was killed in the Ayodhya firing, has filed a petition in a Faizabad court seeking the prosecution of the veteran leader.

The widow, Gayatri Devi, has said that her husband Ramesh Pandey was killed in police firing in Ayodhya on November 2, 1990, and now that Mr Mulayam Singh Yadav has admitted that, as a chief minister, he had “asked the police to kill”, he should be tried for murder.

Gayatri Devi’s petition says her husband was passing through the Lal Kothi area of Ayodhya with other kar sevaks around noon when he was shot.

“We did not know at the time where the firing came from. But Mulayam Singh Yadav confessed at a meeting of party workers in Lucknow on November 22, 2017, that he had ordered the police to kill the kar sevaks. He said he would not have hesitated to order more killings,” she said in her petition.

Ramesh Pandey was among the three residents of Ayodhya who had died in the 1990 firing, the other two being Vasudev Gupta and Ranendra Dharkar.

Gayatri Devi’s lawyer Vishal Shrivastava said the complaint had been filed under Sections 302 and 120 B of Indian Penal Code against Mr Yadav.

Mr Mulayam Singh Yadav, while addressing a party meeting here, had said that while 28 kar sevaks died in police firing at the time, he would have asked the police to kill more “to save democracy and secularism” and protect the Babri Masjid.

The following day, the VHP had demanded that CM Yogi Adityanath should arrest Mr Yadav.

Sharad Sharma, VHP media chief, had met family members of the dead kar sevaks and written to Mr Adityanath to initiate action against the Samajwadi leader.