The media-persons have been demanding the restoration of at least BSNL's Broadband services to discharge their professional duties. 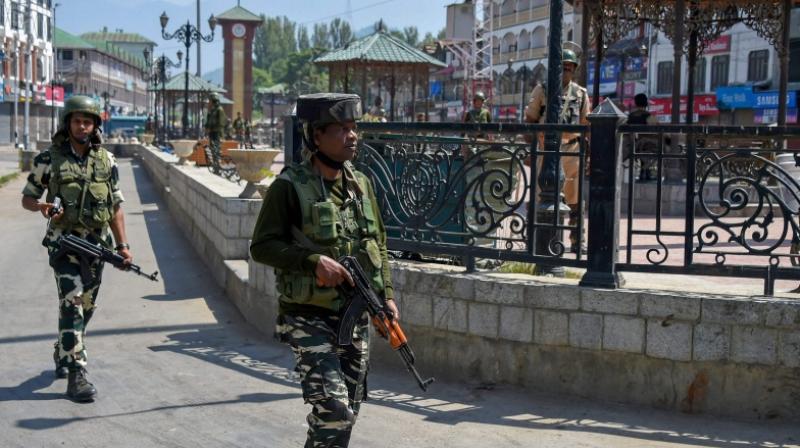 Internet services continued to remain barred in the entire valley except for few government offices and business establishments. (Photo: File)

Srinagar: Internet services across all platforms continued to remain suspended in Kashmir since August 5 even as there was a considerable improvement in the situation, officials said on Saturday.

Internet services continued to remain barred in the entire valley except for few government offices and business establishments, the officials said.

The media-persons have been demanding the restoration of at least BSNL's Broadband services to discharge their professional duties.

The authorities snapped all communication lines – landline telephone and mobile phone services and internet across all platforms -- on August 5, hours before the Centre announced its decision to abrogate Article 370 of the Constitution and to bifurcate the erstwhile state into two Union territories.

Most of the top-level and second-rung separatist politicians have been taken into preventive custody while mainstream leaders including two former chief ministers -- Omar Abdullah and Mehbooba Mufti -- have been either detained or placed under house arrest.

While landline telephones were gradually restored first, post-paid mobile services were resumed later. However, pre-paid mobile and internet services are yet to be resumed.

The officials said there are apprehensions that vested interests might misuse the internet services to create law and order situation in the valley and a decision to restore the facilities would be taken at an appropriate time after assessing the situation.

Meanwhile, shops and business establishments remained open till noon in most parts of Kashmir valley and in some areas in the civil lines till late afternoon, on Saturday, the officials said.

They said most modes of public transport were plying in the valley. While there was a semblance of normalcy in the Kashmir valley over the past few weeks after over three months of protest shutdown over the abrogation of Article 370, the fresh shutdown started on Wednesday last week as threatening posters warning shopkeepers and public transport operators appeared at some places in the city here and elsewhere.