India   All India  30 Nov 2019  'Politics of selfishness': Gehlot hits out at BJP over falling GDP
India, All India

'Politics of selfishness': Gehlot hits out at BJP over falling GDP

Putting behind their political ideologies, several leaders including 3 former state Congress chiefs have switched over to rival camps. 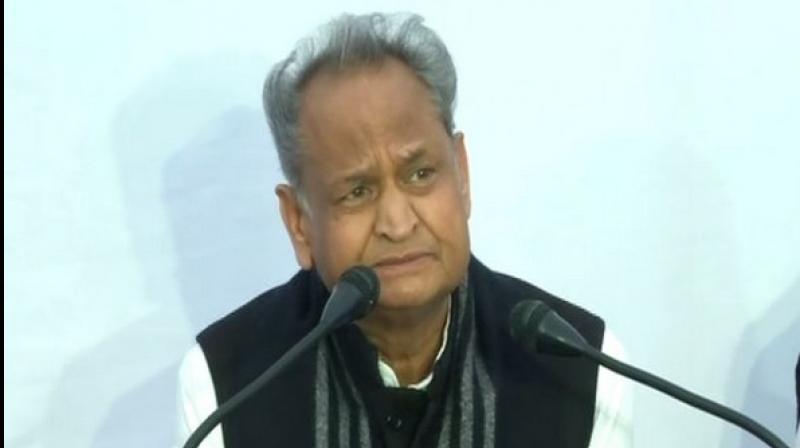 'Our agenda is nationalism and development. And not all leaders have been given ticket,' said Gehlot. (Photo: File | ANI)

Ranchi: At least 18 political leaders with significant clout in their respective constituencies have switched parties after being denied assembly poll tickets in Jharkhand - a record in the state's 19-year history.

Putting behind their political ideologies, several leaders including three former state Congress chiefs have switched over to rival camps in the run-up to the polls.

While Pradeep Kumar Balmachu joined the AJSU Party, which nominated him from Ghatshila seat, Sukhdeo Bhagat moved to the BJP and secured a ticket from Lohardaga.

Another ex-Congress chief, Sarfaraz Ahmad, is contesting the polls from Gandey segment on a JMM ticket.

Former BJP chief whip Radhakrishna Kishore took everyone by surprise when he joined the AJSU Party to contest the polls from Chhatarpur, which he had won in 2014.

Terming the crossovers as "politics of selfishness", state Congress spokesperson Alok Kumar Dubey said, "These leaders have betrayed common people. They are worse than chameleons. No morality, no principles, no ethics ... Their only objective is to get tickets to satisfy their lust for power."

His BJP counterpart Pratul Shahdeo said the saffron party maintained "checks and balances" before taking any leader in its fold and allotting tickets.

"Our agenda is nationalism and development. And not all leaders have been given tickets. Former ministers Samresh Singh (who had his own party-Jharkhand Vananchal Congress) and Girinath Singh (ex-RJD member) joined the BJP, but were not given tickets.

"Just coming to the party does not guarantee a ticket," Shahdeo emphasised.

Among others who deserted their parties are ex-RJD MLA Janardhan Paswan, who secured the saffron party's nomination from Chatra seat, and JMM MLA Jai Prakash Bhai Patel, who is in the fray from Mandu on a BJP ticket.

Former health minister and Independent MLA Bhanu Pratap Sahi has also joined the BJP to contest the polls on the party's ticket from his sitting constituency Bhawanathpur.

"What matters to them is personal aspiration and not political ideology. The parties they have joined should think twice before nominating them for assembly polls," he said.

Those that quit the saffron party, include former minister Baidnath Ram, who pocketed the JMM ticket from Latehar, and sitting MLAs Tala Marandi and Phoolchand Mandal.

Marandi quit the saffron party a few days ago to join the AJSU party, which promptly gave him its ticket to contest from the Borio seat, while Mandal secured his JMM nomination from Sindri constituency.

Kushwaha Shiv Pujan Mehta, who won the Hussainabad segment as a BSP candidate in 2014, is fighting from the seat on an AJSU Party ticket.

Deosharan Bhagat, the chief spokesperson of AJSU Party, said leaders often gave in to pressure from their "support base" and switch sides.

"This (switching parties) is against the country's democratic ideals. However, some of them take the plunge owing to pressure from their support base. It remains to be seen if will be able to enjoy the same clout having switched parties," he added.

It will be interesting to see that if BJP got a majority of its own without any support because of its own arrogance.

Meanwhile, around 11.02 pc polling was recorded till 9 am on Saturday in the first of the five-phase elections that began in 13 Jharkhand assembly constituencies.

The voting commenced at 7am and will end at 3 pm, Election Commission officials said.