'CAA is too little compassion, coming too late': Sadhguru 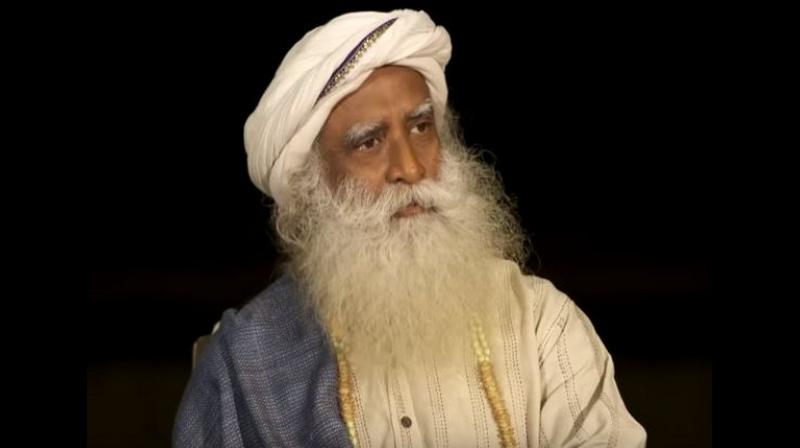 Sadhguru went on to say that the situation on the other side is 'different because by law there is discrimination against the minorities.' (Photo: ANI)

"In my opinion, CAA is too little compassion, coming too late. This Bill is only focused on religious persecution. Looking at the reactions on the street, the vehemence with which people are fighting, I was wondering did I miss something. Am I not getting something here," Sadhguru told a gathering while speaking on the CAA, NRC and the protests against them.

"This is a dangerous game people are playing. I think there is certain desperation among certain people, who misinformed illiterate masses of religious groups who went wild thinking that the local Indian Muslims will lose their citizenship. That's what they conveyed," he added.

He also said that such "mischief should not have worked on the scale that it worked."

"It's unfortunate. Still in today's day and age where you can just open up your phone and read the Act, what does it say. Any student can read it, but all of them are coming and behaving like illiterate people. They are studying in premier universities and how come they can't read the Act. It's really sad that such a thing can happen," he said.

Sadhguru further stated that in some way the government has "failed to communicate this properly."

"Otherwise, personally I don't see one issue on these things. But communication-wise, the way it is communicated unfortunately a certain number of people are perceiving it as a threat to them. That must definitely change," he said.

Talking about NRC, Sadhguru said that it is a normal procedure and every citizen in the country should be registered.

Talking about partition, Sadhguru stated, "The country, at least one part, not India, the other two parts that happened, happened on a religious basis. People divided the land on a religious basis. Fortunately, we chose to be a secular nation, but the others chose to be religious republics. But not everybody changed sides... Not everybody will leave their property, their life, their everything, and travel just because somebody drew a line."

"But then the 1971 war happened and East Pakistan became Bangladesh. Then, widespread persecution of the minorities happened. At that time, nearly 18-19 per cent of the people left and came back to the Indian side. They have got mixed up, there was no proper arrangement. They just got mixed up with the local population. Some of them are still in refugee camps, unfortunately," he added.

Sadhguru went on to say that the situation on the other side is "different because by law there is discrimination against the minorities."

"In the eyes of the law, all citizens of India are just same... But on the other side, by law there is discrimination. By law women are seriously discriminated against on various levels, by law almost all the minorities are discriminated... A professor has been given a death sentence for blasphemy because he wrote something online which the religion does not like. Such things are not possible in this country," he said.