This weather phenomenon is likely to continue till January 3, predicted the weather forecast agency. 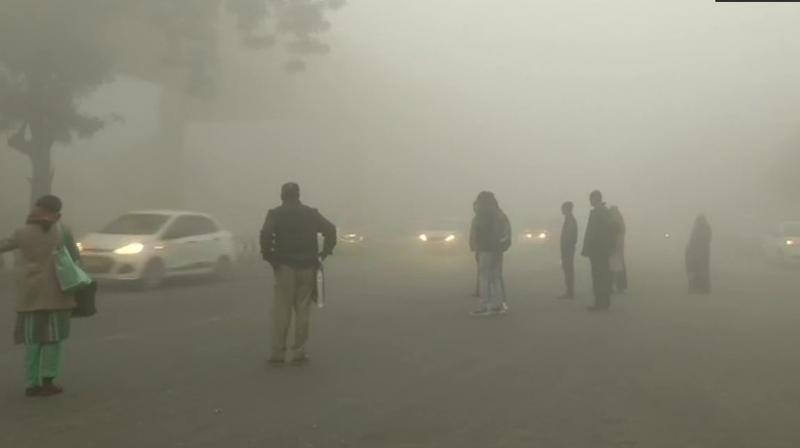 New Delhi: With the mercury dipping in the region with each passing day and a blanket of dense fog engulfing most parts of the national capital on Monday morning, several train and flight operations are adversely affected in Delhi.

A dense layer of fog enveloped the area in and around New Delhi railway station this morning and as many as 30 trains are running late due to low visibility in the Northern Railway region. Moreover, due to bad weather, flight operations at the New Delhi airport have also been affected.

"Normal operations have been suspended at Delhi airport due to poor visibility, only CAT III B(instrument landing system) compliant pilots can land. Passengers are requested to stay in touch with the airline concerned for updated flight information. Due to the foggy weather conditions and low visibility at the airport, three flights diverted and none has been cancelled," Delhi Airport said in a statement.

A CAT IIIB system helps with a precision approach and landing when the runway visibility is at a distance no less than 50 feet (15m) and is at a visual range less than 200 meters and most certainly not less than 50 meters.

A minimum temperature of 2.5 degrees Celsius was recorded in the national capital on December 29. Early morning today, the temperature in Delhi was at 4.6 degrees which at Palam was recorded as 4.8-degree Celsius.

On Saturday, the India Meteorological Department (IMD) had issued a 'red' warning for the national capital as cold wave conditions continued unabated in the region. The red colour denotes extreme weather conditions.

From December 31 onwards, rain is likely in the capital city and its adjoining areas such as Noida, Gurgaon, Ghaziabad and Faridabad.

This weather phenomenon is likely to continue till January 3, predicted the weather forecast agency.