'No breach in Priyanka Gandhi's security during Lucknow visit': CRPF 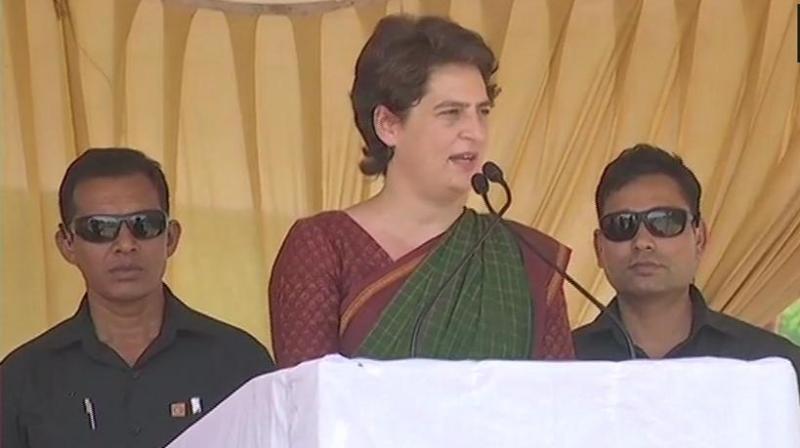 The force, which provides her armed commandos under the 'Z+' category of security cover to her, said the Congress leader undertook 'unscheduled' movement without intimation. (Photo: File | ANI)

New Delhi: There was no breach in Congress leader Priyanka Gandhi Vadra's security during her recent trip to Lucknow, the CRPF said on Monday, blaming her for 'violations' for travelling as a pillion rider on a scooter.

The force, which provides her armed commandos under the 'Z+' category of security cover to her, said the Congress leader undertook 'unscheduled' movement without intimation.

Therefore, an advanced security liaison (ASL) could not be conducted, it said in a statement.

"The protectee took a lift in scooty as a pillion rider," it added.

"Such security lapses are communicated to the protectee and advised for ensuring proper security arrangements," it said.

Gandhi was in Uttar Pradesh's capital city Lucknow on December 28 and alleged that threats were issued to her security personnel by local police and that she was warned to restrict her movements.