India   All India  30 Dec 2019  ‘Why no statement from Sonia Gandhi?’: Prashant Kishor on NRC
India, All India

‘Why no statement from Sonia Gandhi?’: Prashant Kishor on NRC

Kishor said, 'If the Congress President gives one statement (on the NRC issue), it will bring clarity.' 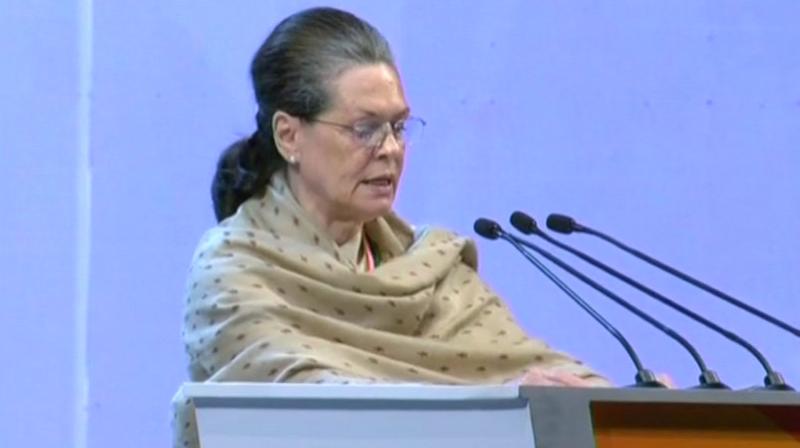 Kishor believes that the Congress president or Congress Working Committee (CWC) must ask all the Chief Ministers of the Congress-ruled states to declare that they will not allow the NRC in their states. (Photo: File)

New Delhi: Political Strategist and Vice President of Janta Dal (United) Prashant Kishor has questioned the silence of Congress president Sonia Gandhi over the issue of the National Register of Citizens (NRC).

In an interview to ANI, Kishor said, “If the Congress President gives one statement (on the NRC issue), it will bring clarity. Taking part in dharnas, demonstrations - that is all legitimate and valid, (but) why there is not even a single official statement coming from the Congress president on the issue is something beyond (my) understanding.”

Kishor believes that the Congress president or Congress Working Committee (CWC) must ask all the Chief Ministers of the Congress-ruled states to declare that they will not allow the NRC in their states.

“More than 10 Chief Ministers, including the ones in the Congress, have said that they will not allow NRC in their states. In other regional parties like those led by Nitish Kumar, Naveen Babu, Mamata didi or Jagan Mohan Reddy, the Chief Ministers are serving as the head of the parties.

In case of the Congress, the Chief Ministers are not the final decision-makers, and the CWC is the highest decision-making body,” Kishor said.

“My question and concern are that why is that the Congress president not saying this officially that the NRC will not be allowed in the Congress-ruled states?” he added.

Kishor also disagreed with Home Minister Amit Shah’s explanation that there was no link between the National Population Register (NPR) and the NRC.

“Nobody needs to prove the link between NPA and NRC. The documents speak for themselves and they state that NPA is the first step of NRC. This is not a matter of an individual. It (this fact) was stated by the President in his address. This entire NRC and NPA debate are linked to the Citizenship Amendment Bill of 2003, during which, for the first time it was defined that after NPR, if the government wishes, they can do NRC.” he said.

JD(U) leader also cited the speeches made by different BJP leaders including the Prime Minister to outline his concerns over the issue.

“After that, on multiple platforms from the government side -- none less than Prime Minister himself in some of the election rallies in West Bengal -- they talked about NRC. The Home Minister mentioned that it was not they who are linking (the two),” Kishor said.”NRC is a subset of NPR. Now it is up to the government what they want to do. Government after doing NPR may say that we would not do the NRC, but according to the process, NPA is a prerequisite of NPR. According to government documents, NPR and NPA are linked,” he added.

The Citizenship Amendment Act, 2019, seeks to grant Indian citizenship to Hindu, Christian, Sikh, Buddhist and Parsi refugees from Pakistan, Afghanistan, and Bangladesh and who entered India on or before December 31, 2014.

NRC, on the other hand, seeks to identify illegal immigrants in the country. It was rolled out in Assam on the directions of the Supreme Court where 19 lakh people were excluded in the final list.