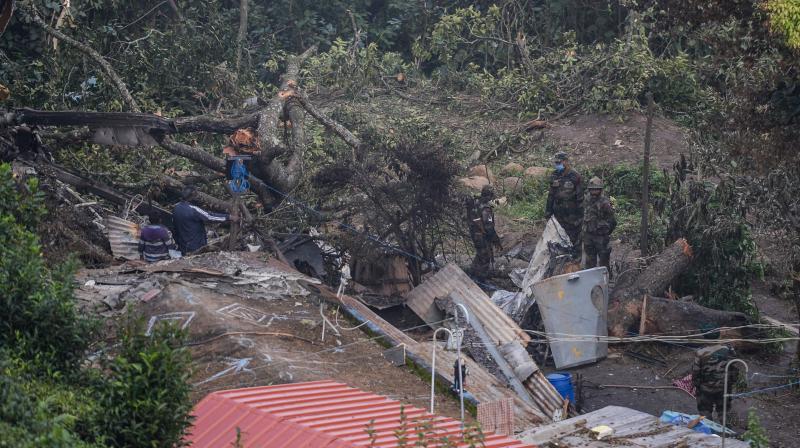 New Delhi: The tri-services inquiry team formed to probe the December 8 chopper crash in which 14 people including Chief of Defence Staff (CDS) Gen Bipin Rawat, his wife, and 12 others lost their lives, is expected to submit their report to the government by December 31.

The probe team is headed by Air Marshal Manvendra Singh and includes two Brigadier-rank officers from the Army and Navy.

"The inquiry report is expected to be submitted to the government by December 31. The detailed report has been prepared on the ground by the officials and thorough analysis of the data received from the black box," government sources told ANI.

The sources said the initial investigations into the case suggested that the accident was sudden.

The help of the original equipment manufacturers was also sought for the probe in which the country lost its seniormost military officer and longest-serving General.

The Indian Air Force said the report was yet to be submitted.

Gen Bipin Rawat, his wife Madhulika Rawat, and 12 other military officials were traveling in the ill-fated Mi-17V5 helicopter which crashed minutes before landing the Defence Services Staff College in Wellington killing all passengers and crew on board on December 8.