Farmers of the country are expecting subsidy in seed, fertiliser prices from the budget that will be tabled by Arun Jaitley on Thursday. 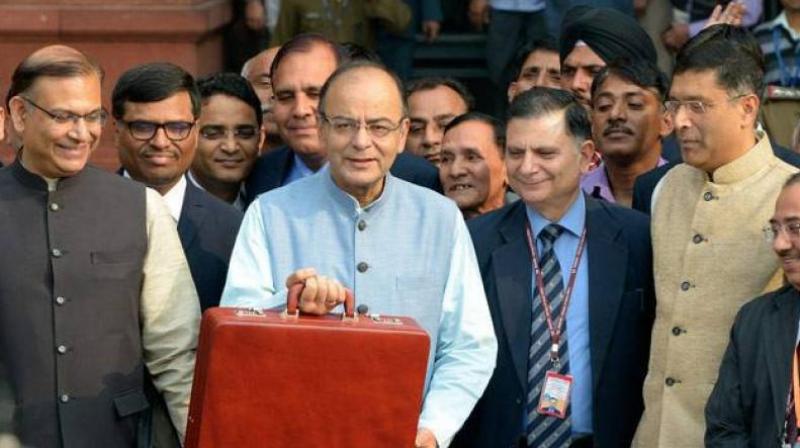 Mumbai: The countdown for the Union Budget 2018-19 has begun. All eyes are set on what will come out of Finance Minister Arun Jaitley’s kitty on Thursday. It is the last full-time budget by the NDA government before the Lok Sabha elections scheduled next year. It is expected that the budget will help the BJP-led NDA government in the Centre to set a tone for general election.

Like every year the expectations of people from all walks of lives are soaring high.

Meanwhile, the government is widely expected to increase spending to ensure growth recaptures momentum. However, most investors expect it to be prudent as loosening fiscal deficit targets by too much would likely spark a sell-off in the bond market.

Here is what people are expecting from the Union budget 2018-19:

In a largely agrarian country, farmers have been struggling with high prices of seeds and fertilizers. They are hoping to receive subsidy in buying seeds among other aides.

Munna, a farmer from Bihar capital, Patna says, “We hope we receive subsidy for buying seeds, aids for irrigation and fertilisers at proper rates. We get looted by middlemen. Majority of the aids get pocketed by those at the higher level before it reaches us.”

Infrastructure plays a pivotal role in country’s economy. Kishore Bhatija, Managing Director, Real estate development, K Raheja Corp says that while 2017 was a ‘year of change’ with several reforms, the company looks forward to a budget in 2018 with amendments that will boost growth of the economy and real estate.

Rajesh Uttamchandani, Director, SYSKA Group furthers that the Make-in-India initiative of the Government would be very helpful in reducing the fiscal deficit and generating employment in India.

He further states, “The emphasis of the government to move towards LED under the energy conservation policy promises immense savings of electricity. Also, the recent move to increase import duty on LEDs would support energy conservation under ‘Make-in-India’ to a great extent.”

The jewellery sector too hopes for certain relief in the Union Budget. Vinod Hayariv, Managing Director, Krishniah Chetty Group of Jewellers says that while the Government is cracking down on unaccounted wealth as a means to control black money, little is being done to stop sale of gold bullion.

“The Government is tracking the sale of gold through various mechanisms but is not restricting the sale of gold bullion to only GST registered jewellers for further production of jewellery,” he says, adding, “Gold accounts for one of the highest outflows of foreign exchange in India’s import bill. So stopping sale of bullion should be implemented.”

He further says that the approximate value of bullion sold to consumers is estimated to be around 40,000 crore per annum. This can easily be stemmed with control on bullion sales only to Goods and Services Tax (GST) registered bullion traders/manufacturers/jewellers who uses as raw materials.

Ishan Shah, Co-founder and Director of MAIA restaurant, Bangalore reminds that while F&B is a high churn, high turnover industry that generates high volumes of employment, the roadblocks in setting up a venture in this space, are still many.

Shah said “We wish to see the government putting together measures that encourage more people to start on their own and realise their dreams. Although the government has reduced GST for restaurants from 18 per cent to 5 per cent, it has disallowed any input tax credit which is a huge blow to the new entrepreneurs as GST is a significant chunk of their investment on capital goods and also on rent. We hope government introduces a provision for restaurants to be able to avail ITC on capital investments and rent to actually reduce operating costs and pass on the benefit to the customers by reducing basic menu process further.”

As for the e-commerce segment, Ameen Khwaja, CEO and Founder, LatestOne.com feels that while the sector has shown growth promise, it has largely been limited to the urban parts of the country.

“The hinterland continues to suffer power outages, poor data connectivity and road infrastructure. Incidentally, these three are crucial for success of ecommerce industry,” he says, adding, “If the government focuses on developing infrastructure in rural areas, then ecommerce industry can make a substantial contribution to bring about more inclusive growth in the nation as a whole.”

Khwaja further adds that power banks that are currently listed under 28 per cent slab need to brought under the lower slab of 18 per cent which would be a big step towards realizing the dream of a truly digital India.