Indian government sources had earlier indicated that envoys of the European Union member countries had wanted to travel as a bloc. 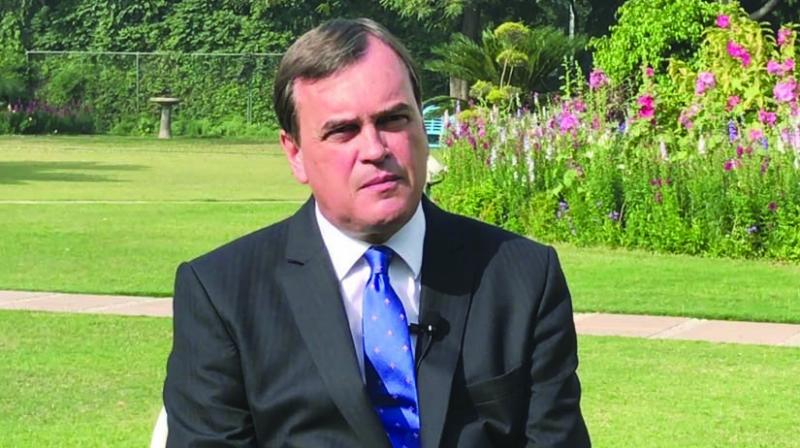 New Delhi: British high commissioner to India Sir Dominic Asquith on Thursday said his country has put in a “standing request” to the Indian government for British diplomats’ visit Jammu and Kashmir, but clarified, in response to a question, that permission had not been given so far in the past few months by New Delhi.

In response to a question, he also said Britain had not been invited to be part of the 15-member foreign envoys’ delegation that visited Jammu and Kashmir earlier this month.

On protests in India regarding the Citizenship Amendment Act (CAA), he referred to the fact that “together with all, development for all and trust of all (sabka saath, sabka vikas, sabka vishwas)” has been the stated objective of the Narendra Modi government, adding, “I trust that it (the Indian government) will be addressing the concerns that have been expressed” on CAA.

It may be recalled that Norway was only the European country represented in the 15-member foreign envoys’ delegation that had visited Jammu and Kashmir on January 9 and 10 in a visit that had been organised by the Indian government. Interestingly, Norway is not a member of the European Union. The Indian government may take another delegation of foreign envoys to J&K in the next few weeks and envoys of EU member countries could be among them this time.

Indian government sources had earlier indicated that envoys of the European Union member countries had wanted to travel as a bloc.

In response to a question on the resolutions tabled in the European Parliament criticising the CAA, Sir Asquith said that in democracies, members of Parliament are entitled to ask questions.

“That’s what democracies do,” he said. Observers point out that the British approach seems different from that of the French on the European Parliament issue, with France backing New Delhi completely on the stand that the CAA issue is an “internal matter” of India.