‘CAA internal matter, talks with EU members will go on’

The European Parliament on Wednesday decided to take up the voting against the CAA during its new session beginning March 2. 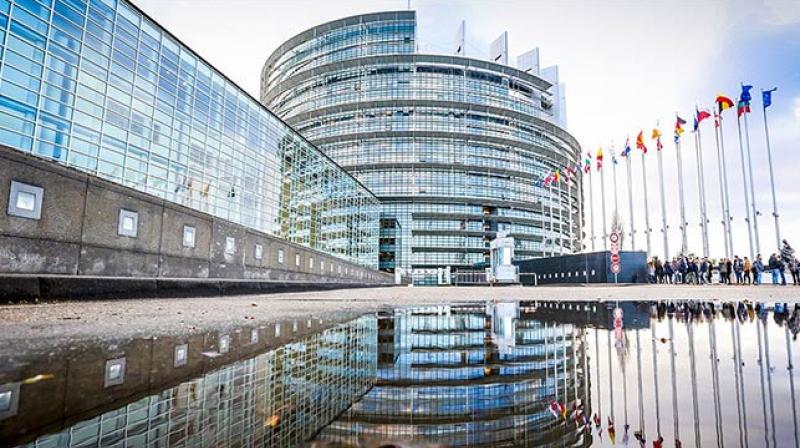 New Delhi said it would “continue to engage with the MEPs (Members of European Parliament) and other stakeholders” on the matter. This comes at a time when India and the EU are in talks to hold the 15th India-EU Summit at Brussels that is expected to be attended by Prime Minister Narendra Modi.

The European Parliam-ent on Wednesday decided to take up the voting against the CAA during its new session beginning March 2. “Following a decision by MEPs at the opening of Wednesday plenary session in Brussels, the vote on the resolution on India’s CAA has been postponed to the March session,” said a statement from the European Parliament.

Asked about reports of voting on the anti-CAA resolution in March in the European Parliament, New Delhi said there was a “lot of time between now and March”  and that “nobody can predict what will happen”. While the decision by the European Parliament to postpone the vote is being seen as a diplomatic victory by New Delhi, it can also be interpreted as a temporary reprieve till March.

The debate opened on Wednesday with a statement by Helena Dalli, the vice-president of the European Commission and high representative of the Union for Foreign Affairs and Security Policy, who spoke strongly in favour of the “rich, frank and open” relationship the European Union shares with India.

“We believe that it is the role of the Supreme Court of India to assess the compliance of the law with the Constitution and we are confident that the ongoing judicial process will contribute to appeasing the tensions and violence witnessed over the past weeks in the country,” said Ms Dalli. She said the commission was looking forward to PM Narendra Modi’s upcoming visit to Brussels in March for the 15th India-EU Summit. She concluded the debate with a message to “pursue and intensify” dialogue with India as a “respected democracy” and valued EU partner.

During the debate, a group of MEPs, mostly from Britain who will cease to be members of the European Parliament after the UK officially leaves the EU on Thursday, spoke out vehemently against the postponement of the vote to March.

Pakistan-origin MEP Shaffaq Mohammed and others such as S&D’s John Howarth and VERTS/ ALE’s Scott Ainslie descr-ibed the CAA as a “highly discriminatory” legislation and alleged that the EU had crumbled in the face of India’s diplomatic lobby. “The only lobby that has won today is that of common sense and respect,” countered ECR’s Polish MEP Ryszard Czarnecki, one of the MEPs from Poland to speak out in India’s favour.