India   All India  31 Jan 2020  No permission for resolution to recall Kerala Governor
India, All India

No permission for resolution to recall Kerala Governor

The business advisory committee of the Kerala Assembly rejected the resolution 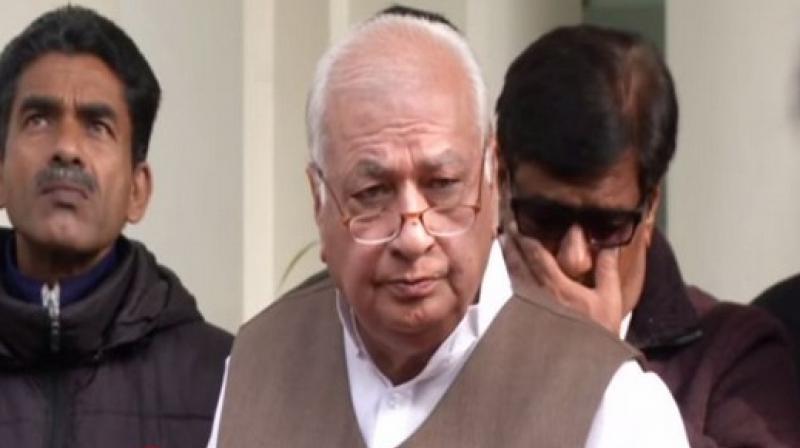 The business advisory committee of the Assembly rejected the resolution.

The Opposition registered strong protest over the committee’s decision to deny permission for the resolution and submitted their dissent in writing. The Opposition is planning to raise the issue during the Assembly session on Monday when the action taken by the business advisory committee will be discussed in the House.

While law minister A K Balan remarked that the Opposition’s resolution is not as per the rules and procedures, speaker P Sreeramakrishnan said that resolution is legally admissible.

Though the Opposition sought earlier permission to introduce the resolution, it was expected that the ruling bench will not allow it as the government does not want to widen the rift between the governor and the government which will lead to administrative impasse.

The law minister made it clear during the public discourse that the government is not for a tiff with the Raj Bhavan and will not take any steps which will worsen the already strained relation.

Meanwhile, Ramesh Chennithala said that there have been instances wherein legislative assemblies in many states passed resolution demanding governor’s recall. “Even in Kerala, resolution moved by O. Bharathan MLA against the then governor Ram Dulari Sinha was discussed in Assembly in 1989. Hence, it is not against the precedence,” he said.

“People’s strong dissent against the Citizenship Amendment Act in the state has to be reflected in state Assembly,” Chennithala added.