India   All India  31 Mar 2020  6 die of Covid-19 in Telangana, all linked to Nizamuddin prayer meeting
India, All India

6 die of Covid-19 in Telangana, all linked to Nizamuddin prayer meeting 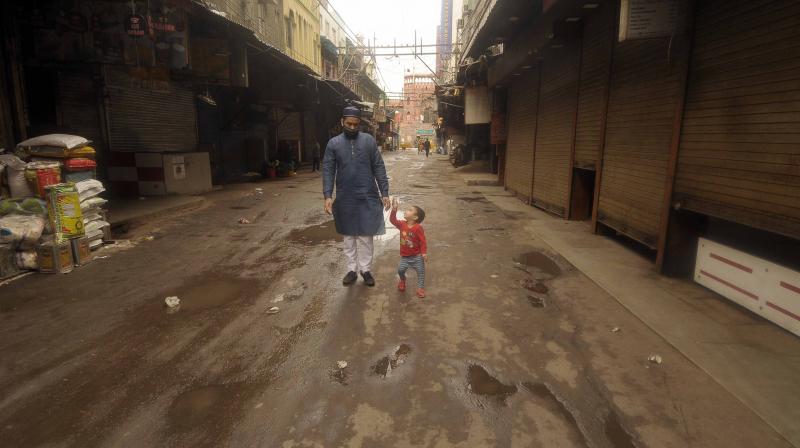 A man and his child walk on a deserted street in Old Delhi on Friday, March 27, 2020. A whole clutch of coronavirus positive cases are being traced to a religious event that took place in the Nizamuddin area of Delhi earlier this month. (DC Photo: Pritam Bandyopadhyay)

Hyderabad: The toll owing to the coronavirus Covid-19 in Telangana took a grim turn for the worse, with the state government announcing late Monday night that six persons have died from the infection at different hospitals in the city since Saturday.

A news release from the Chief Minister’s Office (CMO) said all six patients, identified as Covid-19 positive, had attended a Markaz at a mosque in the Nizamuddin area of Old City of Delhi between March 13 and 15.

Special teams were urgently pressed into action to isolate the families of the six victims and any possible contact the deceased patients might have had. All these contacts were being shifted to hospitals to be kept under isolation and then tested for the disease.

The health department also issued an urgent appeal to anyone who has any information on people who visited the event in Nizamuddin, or on those who were in contact with these individuals, to immediately inform the nearest health department or other government office so these persons can be identified, isolated and tested for the disease, and if need be, provided immediate treatment.

The possibility of the religious event at Markaz organized by Tablighi Jamaat as a hub for coronavirus transmission within the country, first came to light when 10 Indonesian preachers who came to Karimnagar after attending the event, earlier this month, tested positive for the disease.

Subsequently, one contact person of the preachers tested positive and on Monday, this person’s mother and sister too were tested positive. His entire family was shifted to Gandhi Hospital to be kept under observation and treatment.

It is learnt that the Central government health officials were in contact with state health department seeking details on how the state went about identifying contacts of the 10 Indonesians as well as the six others who have died from the disease.

Meanwhile, in New Delhi, authorities locked down portions of the Nizamuddin area and cordoned off those locations, including the mosque where the Markaz was held and shifted a few hundred people for testing for the disease.