After 14 days in isolation, she was tested twice and certified negative both times 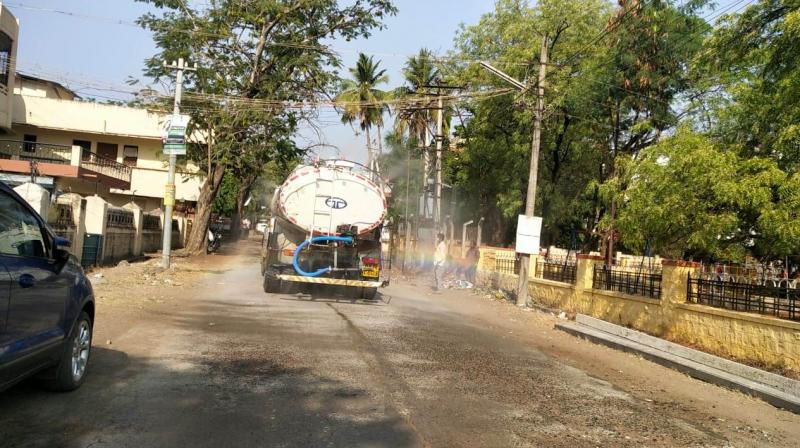 Kalaburagi was declared a containment zone after a local man became the first victim of the Covid-19 virus in India.

Kalaburagi: The daughter of the man who became the first victim of the coronavirus in India has recovered from the infection after spending 14 days in isolation at the ESIC Hospital in Kalaburagi. She was discharged from the hospital on Monday.

The 45-year-old woman tested Covid-positive shortly after her father Mohammed Hussein Siddiqui (76) died of lung complications on March 10. She and the rest of his family were subjected to tests and she was tested positive.

Kalaburagi deputy commissioner B Sharath said she was tested for COVID-19 after spending 14 days in isolation at the ESIC hospital in Kalaburagi. The test came out negative. As an extra precaution, she was tested again 24 hours later and this too came back negative. It was then decided to discharge her from the hospital.

Her father Mohammad Hussein Siddiqui is thought to have been infected during his trip to Saudi Arabia, from which he returned to India on February 29. He took ill soon thereafter, developing cold, cough and fever in the first week of March. He passed away on March 10.

Siddiqui’s street in Kalaburagi was declared a red zone after his death, and his contacts were traced and subjected to testing. A total of 101 samples have been sent for lab tests to confirm COVID-19 in them and 69 of them have reported negative of the disease.

As of March 30, the district administration is yet to receive reports of 28 samples from labs while two samples have not been tested for technical reasons. As many as 7827 houses have been surveyed to find persons suffering from cold, cough, fever or symptoms of COVID-19.