The visit comes a day after criminal conspiracy charges were framed against top BJP leaders in the Babri mosque demolition case. 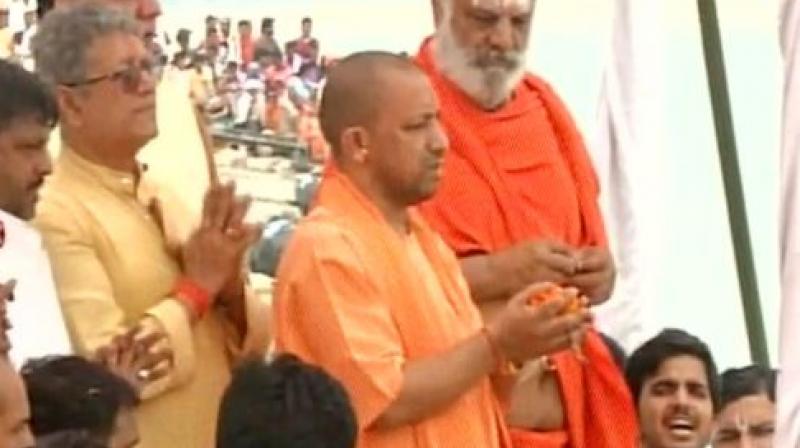 Ayodhya (Uttar Pradesh):  UP Chief Minister Yogi Adityanath on Wednesday arrived here on his first visit to Ayodhya after taking charge and offered payers at the Hanumangarhi Temple.

The visit comes a day after criminal conspiracy charges were framed against top BJP leaders in the Babri mosque demolition case.

The chief minister offered prayers at the Hanumangarhi temple, an important religious place in Ayodhya.

On Tuesday, he had paid a visit to BJP veterans Lal Krishna Advani, Murli Manohar Joshi and Uma Bharti, who had come to Lucknow to appear before a special Central Bureau of Investigation (CBI) court in the Babri Masjid demolition case.

In a major setback to Advani, Joshi and Uma, the court on Tuesday rejected their discharge application, framing charges against them and the other nine accused in the Babri Masjid demolition case.

Charges of criminal conspiracy under section 120 (B) of the Indian Penal Code (IPC) have been framed.

However, the accused will now move the Allahabad High Court against the CBI court's order.

Earlier yesterday, the court granted bail to all the accused by signing a personal bond of Rs. 20,000.

"They have been granted bail by signing bonds of Rs. 50,000. We have submitted discharge application. If the court rejects it, then charges will be framed," said lawyer of accused Prashant Atal.

The court had also asked BJP leader Vinay Katiyar, VHP's Vishnu Hari Dalmia and Sadhvi Ritambara to present themselves before the court in person.