The peacock is a lifelong brahmachari (celibate). It never has sex with the peahen, the judge said. 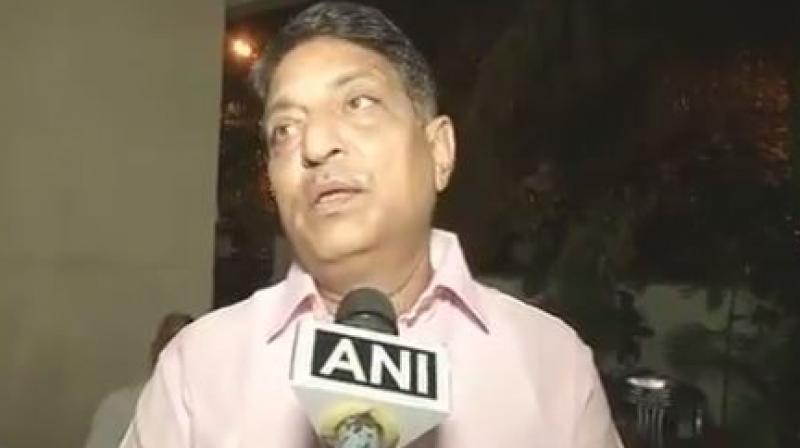 He made the perplexing statement when he compared the cow with the peacock and explained his views on why the cow should be given the national animal status. (Photo: ANI/Twitter)

Jaipur:  A Rajasthan High Court judge who on Wednesday declared the cow be the national animal of India shared a view on the national bird peacock, by describing both the species as 'pious'.

"The peacock is a lifelong brahmachari (celibate). It never has sex with the peahen. The peahen gets pregnant after swallowing the tears of the peacock," Judge Mahesh Chandra Sharma told reporters.

#WATCH Jaipur: Peahens and peacocks don't have sex, the peacock cries then peahen drinks those tears and gets pregnant-Justice M Sharma pic.twitter.com/Tph1lzNZqD

He made the perplexing statement when he compared the cow with the peacock and explained his views on why the cow should be given the national animal status.

"The peacock is celibate and that's why it is worn by Lord Krishna on his forehead. Similarly, the cow has many divine qualities," he said.

Earlier on Wednesday, the Rajasthan High Court directed the state government to coordinate with the Centre and take necessary steps to declare cow as a national animal.

"Nepal is a Hindu nation and has declared cow as the national animal. India is a predominant agriculture country based in animal rearing. As per Article 48 and 51A (g) it is expected from the state government that they should take action to get a legal entity for the cow in this country,"  Justice Mahesh Chand Sharma said in his order.

While Article 48 of the Constitution says the State should take steps for preserving and improving the breeds, and prohibiting the slaughter, of cows and calves and other milch and draught cattle, Article 51A(g)  speaks of protecting natural environment and having compassion for living creatures.

It is expected from the government that it should declare cow as national animal and for this purpose, the Chief Secretary and Advocate General of the state are declared legal custodians of cow," the judge said in a 145-page order.

The direction was made while the court was hearing the Hingonia Gaushala matter. Over a hundred cows had perished at the government-run cowshed in Jaipur last year.
The bench also granted liberty to any person or class of persons to approach the court with a plea in a PIL to declare cow as a national animal.

The direction comes at a time when many states are protesting the government's decision to impose a ban on the slaughter of cattle, primarily cows, for commercial purposes.