The court said under the contract awarded to the Shapoorji Pallonji Group, work had to be completed by November 2021 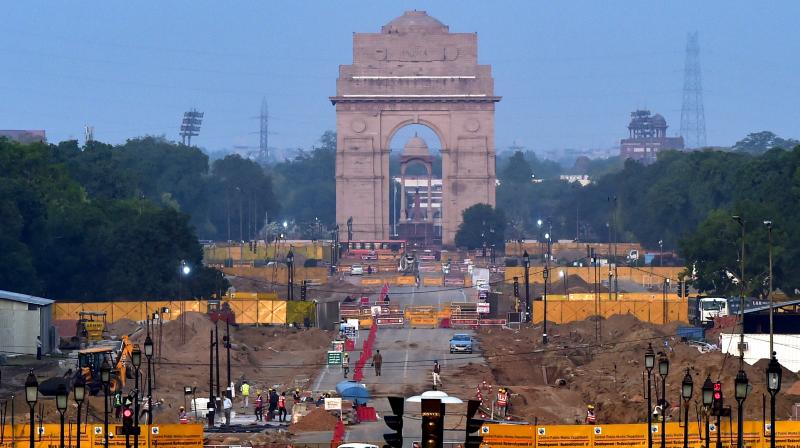 New Delhi: The Delhi High Court on Monday allowed the construction work of the Central Vista project to continue, saying it was a "vital and essential" national project.

A bench of Chief Justice D N Patel and Justice Jyoti Singh dismissed a plea seeking to halt the project during the coronavirus pandemic, saying the petition was "motivated" and "not a genuine PIL". It imposed a cost of Rs 1 lakh on the petitioners.

The court said under the contract awarded to the Shapoorji Pallonji Group, work had to be completed by November 2021 and, therefore, it should to be allowed to continue.

It said the legality of the project was already upheld by the Supreme Court.

The plea for halting the work was moved by Anya Malhotra, a translator, and Sohail Hashmi, a historian and documentary filmmaker. The two had contended in their PIL that the project was not an essential activity and can be put on hold for time being.

The project entails construction activities on Rajpath and the surrounding lawns from the India Gate to the Rashtrapati Bhawan, according to the petition, filed through advocates Gautam Khazanchi and Pradyuman Kaistha.

The project envisages building a new Parliament House, a new residential complex to house offices and the prime minister and the vice president. It will also have new office buildings and a Central Secretariat to accommodate various ministries 'offices.