Crop insurance companies were asked to act in settlement of claims of flood-affected farmers, Modi said on 'Mann Ki Baat' on Sunday. 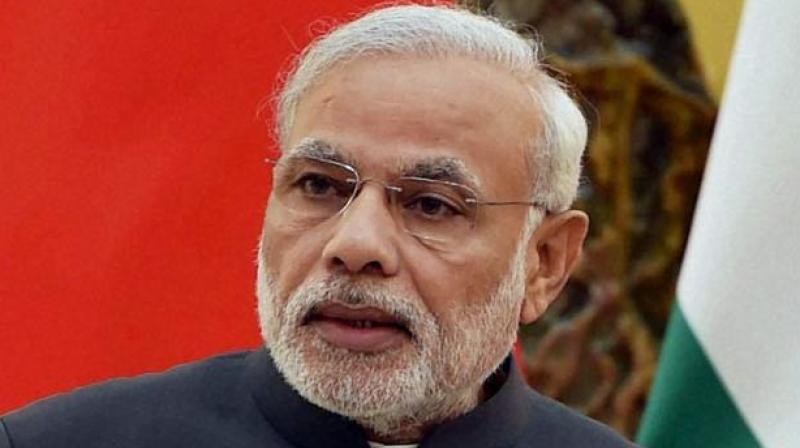 Prime Minister Narendra Modi is expected to visit Assam on Tuesday to get a first-hand assessment of the flood situation. (Photo: PTI)

New Delhi: Prime Minister Narendra Modi on Monday announced Rs 2 lakh each for the next of kin of those who lost their lives in the floods in Assam and Rajasthan.

He also announced Rs 50,000 each for those seriously injured in the floods in the two states, the Prime Minister's Office (PMO) said.

PM @narendramodi announced Rs. 2 lakh each for the next of kin of those who have lost their lives in the floods in Assam and Rajasthan.

PM @narendramodi announced Rs. 50,000 each for those seriously injured in the floods in Assam and Rajasthan.

The two states have suffered widespread destruction besides loss of lives in the floods.

The Prime Minister is expected to visit Assam on Tuesday to get a first-hand assessment of the flood situation.

On Sunday in his monthly radio programme 'Mann Ki Baat', Prime Minister Modi said that extensive relief is being provided to the flood-hit states and crop insurance companies have been asked to be proactive in settlement of claims of the affected farmers.

He said the situation in flood-affected states including Assam, Gujarat, Rajasthan and West Bengal is being fully monitored and several agencies like the Army, the IAF, the National Disaster Response Force (NDRF) and paramilitary forces are engaged in rescue and relief operations. Wherever possible, union ministers are visiting the affected states.

In Assam, as many as 79 people lost their lives in the devastating floods, eight of them in Guwahati.

In Rajasthan, after first spell of monsoon rain ended, rescue and relief operations have been expedited in flooded districts including Sirohi, Jalore, Pali and Barmer. Thousands of people are still living in shelters in flooded areas. Since July 22, 17 people have lost their lives in the state.