Dhesi promised to raise the problems of students in Parliament as his party had already included this issue in its manifesto. 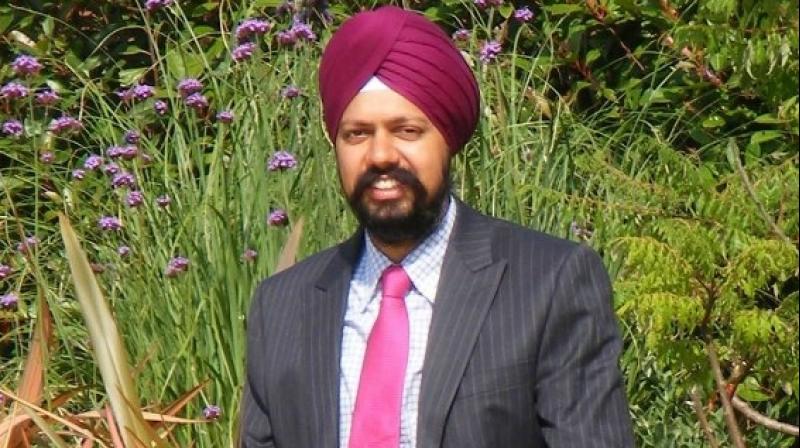 Chandigarh: Indian-origin and first turbaned Sikh Britain Parliament member Tanmanjit Singh Dhesi was bestowed with “Punjab Gaurav Award” by Punjabi Cultural Council on Sunday in its annual function for his illustrious achievements in social work and promotion of Punjabi and martial art Gatka in the United Kingdom. The ceremony was organised by Punjabi Cultural Council (PCC) in collaboration with International Sikh Martial Art Academy (ISMAA) where various speakers lauded the services rendered by Mr Dhesi for the community. Speaking on the occasion, Mr Dhesi extolled the efforts of PCC and ISMAA for the preservation of mother tongue Punjabi and martial art Gatka respectively and assured that he would do his best for the sake of Punjabi and Gatka in UK. He inform-ed that all communities from Slough had whole heartedly supported in his election campaign and would work untiringly for the welfare all the sections of society in the Britain. He promised to raise the problems of students in Parliament as his party had already included this issue in its manifesto.

Addressing the gathering Vice Chancellor Central University Bathinda Dr. R. K. Kohali commended the efforts Mr Dhesi, who is also president of Gatka Federation UK. He hoped that the British MP would raise the issues of immigration problems being faced by the Indian students aspiring for higher studies in UK and the NRIs especially related to wearing Turban in France.