India   All India  31 Jul 2018  Striving for autonomy and independence of the elderly: A human rights viewpoint
India, All India

Striving for autonomy and independence of the elderly: A human rights viewpoint

In turn, independence is the ability to perform actions of daily living and participate in society in accordance with one’s will. 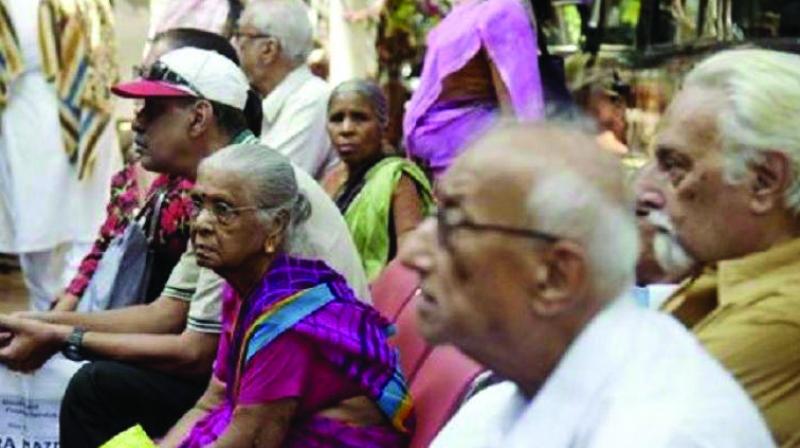 In India, the NHRC submission at the 9th session in New York stated that older people due to failing health, economic insecurity, isolation, abuse, neglect, lack of preparedness for old age do not enjoy the right to autonomy and independence.

The discussions and deliberations on these important issues were intense and rightfully demand attention to autonomy and independence as a basic human right of older persons even though it is not adequately defined in countries nor has explicit standards across regions to recognise it and make legal provisions for it. However, universally it is agreed that autonomy means the ability to make choices and decisions, including with support if necessary, as per one’s values and preferences.

In turn, independence is the ability to perform actions of daily living and participate in society in accordance with one’s will. But as we see all around us often older people are denied the right to make their own decisions without interference from others.

They have restrictions in being able to participate in family and cultural life, acting on their own ideas, doing things for themselves, solving their own problems and achieving their goals, in other words being independent.

In India, the NHRC submission at the 9th session in New York stated that older people due to failing health, economic insecurity, isolation, abuse, neglect, lack of preparedness for old age do not enjoy the right to autonomy and independence. Nonethe-less, the government is making efforts to provide older people their right and a significant legislative provision which exists in our country is the Maintenance and Welfare of Parents and Senior Citizens Act, 2007. It is a mechanism through which older persons autonomy is promoted and protected. The seriousness of the government in reaching out to older persons is seen in the Act being amended to safeguard their rights and keep pace with changes in the society.

The government is recognising the rights which are essential for the enjoyment of the right to autonomy and independence by older persons in revising the National Policy for Senior Citizens by recognising their right to housing in old age, right to economic security, right to sanitation and hygiene, right to food in old age, right of disabled old persons, right against elder abuse and right to vote, besides having taken a stand by allowing passive euthanasia and right to die with dignity. These steps are in tune with developments all over the world especially since ageing of societies is inevitable and with increases in numbers and proportions of older people in the population the rights based approach can no longer be overlooked.

There is steady legislative progress for rights of older persons as well as for the establishment of national care systems and promotion of support mechanisms. State obligations along with participation of civil society members in many countries as in India too gradually are including facilitation of access to a range of in-home, residential, and other community-support services, including personal assistance necessary to support living and inclusion in the community and to prevent the isolation or segregation of older people from the community.

Within the rights-based perspective, an essential component is the rights of older persons to equal access to healthcare and to physical, psychological and sexual integrity, but also to receive comprehensive information and full and informed consent, appropriate health and hygiene standards, and active ageing as collated through different country responses at the OEWG meeting. There is also growing recognition to rights of autonomy and independence to include employment, accessibility to age related provisions and services, access to transportation, consumer protection, recreation, security and safety, the right to age in place, freedom from exploitation and persecution, among others. Clearly, in adopting a rights-based approach, inequalities affecting older women with regard to access to healthcare, employment, income security, and women living in rural or isolated areas needs due consideration along with special attention to persons over 80 who face a disproportionately higher risk of exclusion. Finally, there is need for international binding instruments to adapt a rights-based paradigm.