The Bill has already been passed by the LS and with the approval of the RS, the Bill is all set to become an Act after the Presidential nod. 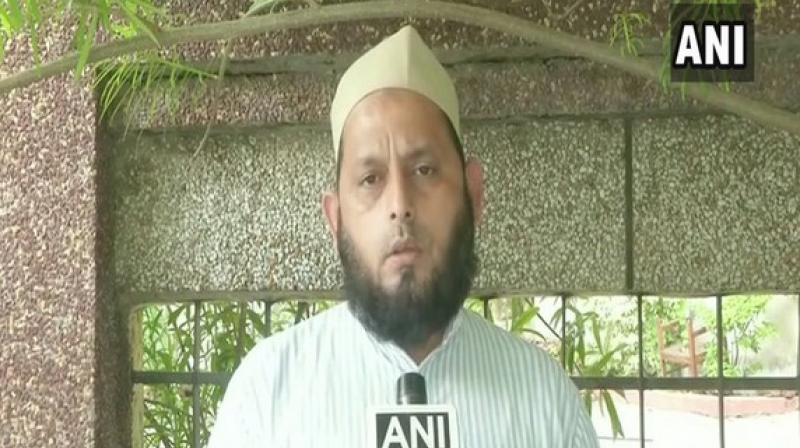 Lucknow: Questioning role of opposition in the passing of Triple Talaq Bill, All India Muslim Personal Law Board member Maulana K R Firangi Mahali on Wednesday stated that if their members were absent from parliament during such time, there is no use of them being an MP.

Speaking to ANI, a day after Triple Talaq bill was passed in Rajya Sabha, Mahali said, "I blame the opposition for it, especially those parties which walked out. If during such time too, you will be absent in Parliament, then there is no use of being an MP."

The Muslim Women (Protection of Rights on Marriage,) Bill, 2019, was passed by the Upper House on the back of cracks in the opposition.

The Bill was passed with 99 members in its favour while 84 members voted against it in the final division. In the division on referring the Bill to the Select Committee, the government got 100 votes while 84 voted against.

Parties like AIADMK, which has 11 members and JDU, with six, walked out after recording their opposition to the Bill. Chief Minister Naveen Patnaik led BJD supported the Bill.

At least five members of the Congress, some from Trinamool Congress, SP, BSP and others belonging to parties like BSP, YSRCP, and TRS abstained from voting. NCP's Sharad Pawar and Praful Patel and Jharna Das Baidya of CPM were also absent.

The Bill has already been passed by the Lok Sabha. With the approval of the Rajya Sabha, the Bill is all set to become an Act after the Presidential nod.

The bill could not be passed in the Rajya Sabha during the previous NDA government despite repeated efforts. It was, therefore, brought to the Parliament again.