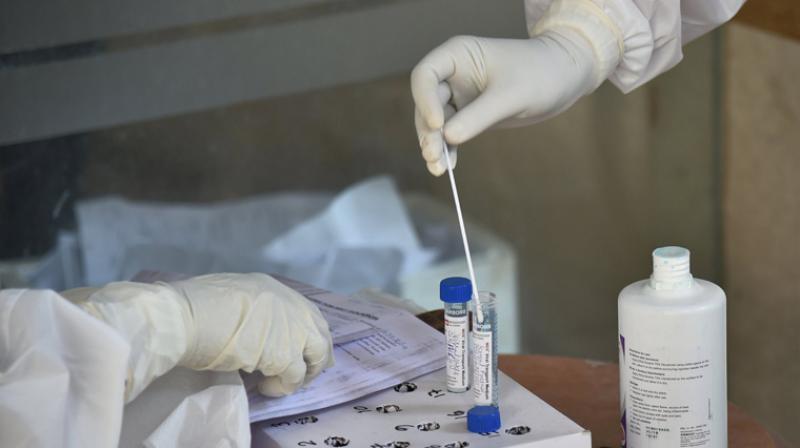 The accused person convinced the victim that vaginal swab was necessary for the Covid test. (PTI Photo)

Mumbai: In an incident that sent shockwaves across the state, the police arrested a lab technician in Maharashtra’s Amravati district  after he took swab samples from a woman's private parts. State Woman and Child Development Minister Yashomati Thakur, who is also the local MLA, has promised strict action against the accused. The police have slapped a rape case against him.

The incident took place on Tuesday when the 20 to 25 staff members of a local mall, including the 24-year-old victim visited a local testing centre for COVID-19 test after one of their colleagues was tested positive. However, after taking the nasal swabs of all staffers, technician Alpesh Deshmukh convinced the victim to also give swab sample from her private parts.

“The accused person convinced the victim that vaginal swab was necessary for the COVID test. Later the victim realised that she has been cheated and she filed the police complaint. We have arrested the accused under Indian Penal Code Sections 354 (assault or criminal force on woman with intent to outrage her modesty) and 376 (rape),” said a police officer from Badnera police station where the FIR has been filed.