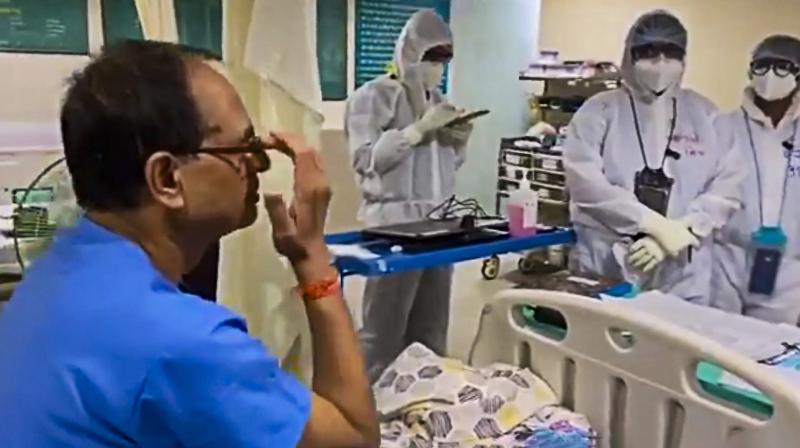 Bhopal: A doctor who questioned the veracity of medical reports of Madhya Pradesh chief minister Shivraj Singh Chouhan, who has been admitted to a dedicated COVID-19 hospital after he tested positive for coronavirus last week, was on Thursday arrested on charges of attempting to taint the BJP leader’s image.

Crime branch of MP Police arrested Rajan Singh from a hospital in Bhopal. The accused was admitted to a private hospital after he complained of chest pain. But the team arrested him soon after he was discharged from the hospital.

According to the police, he had questioned the medical bulletin released by the hospital where Chouhan has been admitted, demanding a probe into it. A video in which he is heard making the allegation had gone viral on social media, which prompted the police to act against him.

He has been booked under sections 500 (make defamatory remarks), 501 (circulating defamatory literature), 505 (incite to commit offence) and 188 (disobey official regulations) of the Indian Penal Code.