Also, there was an appeal to the citizens to conduct the 'qurbani' ritual in a symbolic manner during the celebrations 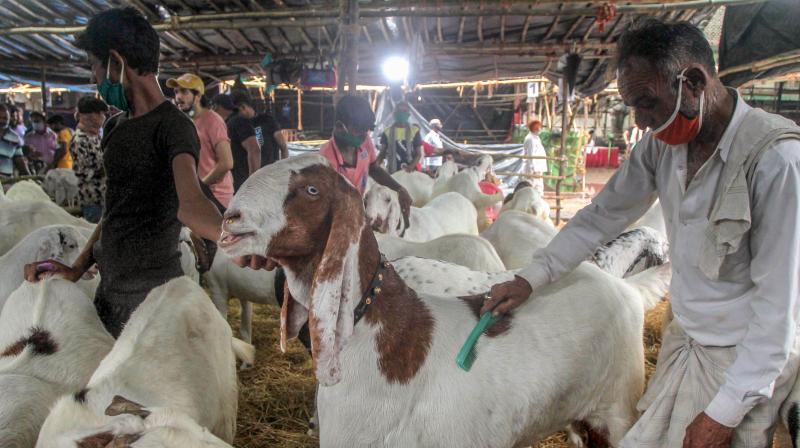 Traders wait for customers to sell goats ahead of Eid-al Adha in Mumbai. PTI photo

Thane/Palghar: The civic body in Bhiwandi city of Maharashtra has urged citizens to celebrate Bakrid at their homes and not assemble in public places, especially mosques, to prevent the spread of coronavirus, an official said on Friday.

The gathering of people in large numbers is not advisable in light of the COVID-19 pandemic, said Dr Pankaj Ashiya, municipal commissioner of the Bhiwandi Nizampur Municipal Corporation.

Issuing an order to the effect, he also appealed to the citizens to conduct the 'qurbani' ritual in a symbolic manner during the celebrations on August 1.

Meanwhile, the Kalyan Dombivli Municipal Corporation (KDMC) revoked the permission given to Bail Bazar locality, where cattle were being sold for the upcoming festival.

The concession was revoked as citizens were seen flouting the social distancing norms and violating the lockdown, the KDMC chief stated in an order.