The Dehradun-bound train from Howrah (Kolkata) proceeded after an hour with the help of another engine. 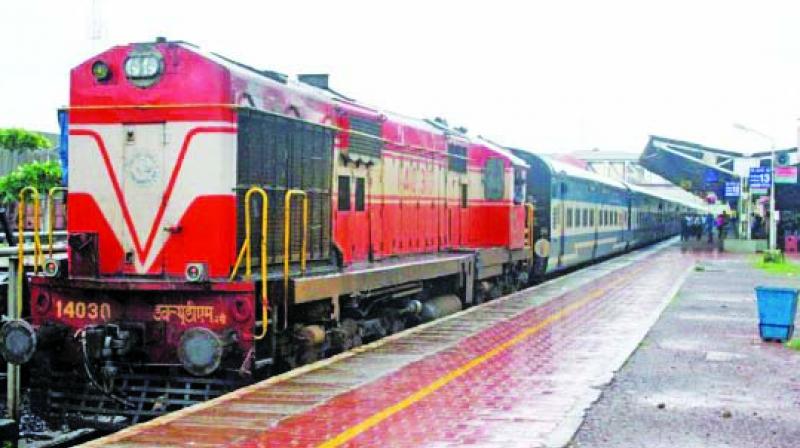 The freak incident on Wednesday afternoon, however, triggered panic among the passengers as two train accidents have occurred in UP in recent days. (Representational image)

Jaunpur (UP): The engine of the popular Doon Express train on Wednesday got delinked from the coaches between Khetasarai and Jaunpur stations on the Varanasi-Faizabad section of the Northern Railways but fortunately it did not lead to any untoward happening.

The incident took place at about 1 pm when the engine got separated from the Howrah-Dehradun Express train near gate number 56 after the coupling suddenly broke, rail officials said here.

The Dehradun-bound train from Howrah (Kolkata) proceeded after an hour with the help of another engine. The Doon Express, one of the two trains that connect Howrah and Dehradun, had derailed close to Zafarganj station near Ambedkar Nagar in Uttar Pradesh in 2014, killing three and injuring six persons.

The freak incident on Wednesday afternoon, however, triggered panic among the passengers as two train accidents have occurred in UP in recent days.

Fourteen coaches of the high-speed Utkal Express jumped the tracks on August 19 near Khatauli in Muzaffarnagar district, killing over 20 people and injuring 60.

In another accident, around 100 passengers were wounded when 10 coaches of the Kaifiyat Express derailed on August 23 in Auraiya district after crashing into a dumper on the tracks.

The committee came out with the report after taking a stock of the series of derailments this month. ‘Making Divisions as Strategic Business Units’, the committee, was constituted in June to finalise a process by which more financial and executive powers are delegated to DRMs so they are able to handle day-to-day operations more effectively, as per PTI.

Services of 13 railway employees were on Wednesday terminated for gross negligence that led to the August 19 train derailment in which more than 20 people were killed.

Among those sacked are 11 gangmen, one ironsmith and a junior engineer, the railway ministry said. All of them were workers in the Kathauli section where the accident took place when 14 coaches of the train jumped the rails.

“The railways has terminated the services of 13 employees under Section 14 of the discipline and appeal rule,” said Northern Railway spokesperson Neeraj Sharma.

Under this section, the services of any rail staff found guilty of gross negligence can be terminated without an enquiry. The railway had earlier sent on leave, three top officials, including a secretary-level Railway Board officer, suspended four officers and transferred one in connection with the derailment. Fourteen coaches of the Puri-Hardwar Kalinga Utkal Express had derailed at Khatauli in UP on August 19, killing over 20 people.