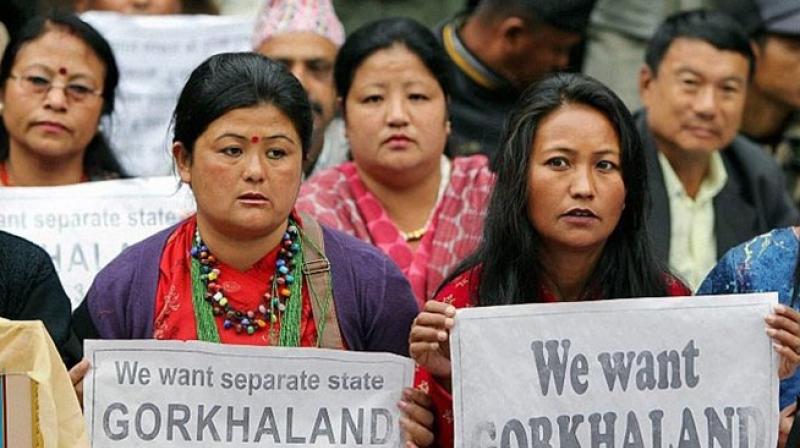 The indefinite shutdown in the hills, which had entered its 78th day on Thursday, demanding a separate Gorkhaland state, had paralysed normal life. (Photo: PTI)

Darjeeling: The Gorkha Janmukti Morcha put off indefinite bandh in the Darjeeling hills from Friday till the next round of talks with the West Bengal government on September 12, its convenor Binay Tamang said in Darjeeling on Thursday.

The indefinite shutdown in the hills, which had entered its 78th day on Thursday, demanding a separate Gorkhaland state, had paralysed normal life.

"The indefinite bandh will remain suspended for 12 days from Friday. Shops, markets, offices, schools, tea gardens will open and transport will be on the road from 6 am tomorrow," Tamang told reporters after the party's central committee meeting.

GJM general secretary Roshan Giri, however, said the bandh will continue. Tamang said the next round of dialogue with the state government on the situation in the hills is scheduled for September 12.

"If the outcome of the dialogue is not positive, we will convene a meeting on the same day and decide whether to resume the shutdown or chalk out a new course of action," he said.

Asked whether GJM supremo Bimal Gurung, who was not present in the meeting, had been apprised of the central committee's decision to suspend the bandh, Tamang said, "He will be informed."

But, GJM general secretary Roshan Giri said the bandh will continue and there is no question of withdrawing it.

"Gurung has said the strike will continue and there is no question of withdrawing it," Giri claimed.

Chief Minister Mamata Banerjee had described the August 29 talks, which were held at the state secretariat, as "positive and cordial" and said talks will continue to restore peace and normalcy in the hills.

The hill leaders had raised the issue of Gorkhaland statehood at the meeting but the state government did not agree, she had said.