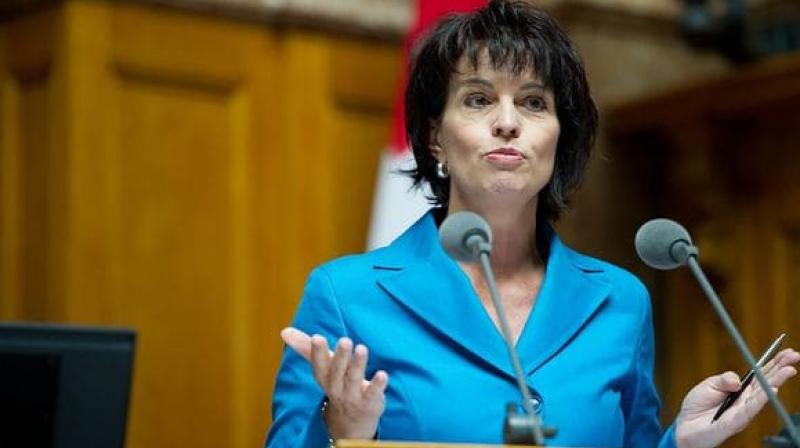 New Delhi: The issue of black money stashed away by Indians in Swiss banks is expected to figure prominently in talks on Thursday between Prime Minister Narendra Modi and Swiss President Doris Leuthard, who will be on a state visit to India from August 30 to September 1. The Swiss head of state will reach New Delhi late on Wednesday evening.

In a statement issued earlier this week, the ministry of external affairs (MEA) had said, “H.E. Mrs Doris Leuthard, President of the Swiss Confederation, will be on a State visit to India from 30 August-1 September 2017... India and Switzerland enjoy robust economic ties, with Switzerland being seventh largest trading partner and eleventh largest foreign investor for India... The upcoming visit will provide an opportunity to both sides for holding wide-ranging discussions on bilateral, global and regional issues of mutual interest.”

“Swiss Presidents have visited India on three occasions earlier in 1998, 2003 and 2007. During the visit, Swiss President will have a meeting with Rashtrapatiji and hold talks with the Prime Minister,” the MEA added.

The Swiss embassy said, “With regard to tax issues, Switzerland and India signed on November 22, 2016, a joint declaration on the introduction of the Automatic Exchange of Information (AEOI) in tax matters on a reciprocal basis. The signing of the joint declaration with India confirms Switzerl-and’s international commitment to implement the AEOI standard and that it is moving forward to strengthen its network of AEOI partner states.”