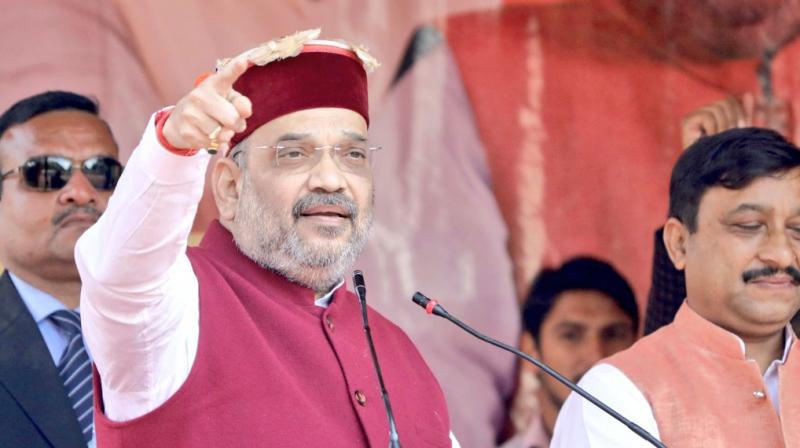 While addressing a rally in Solan, Shah said, "The BJP will fight Himachal Pradesh Assembly elections under the leadership of Prem Kumar Dhumal. I want to tell you Virbhadra Singh ji (Himachal CM) that former CM and current leader of Opposition Dhumal ji will become chief minister of Himachal Pradesh after December 18."

The Himachal Pradesh Legislative Assembly election is scheduled to be held on 9 November 9, 2017 and the results will be declared on December 18.

With this announcement, Dhumal has become the BJP's official Himachal Pradesh CM candidate.

Dhumal has twice been Chief Minister of Himachal Pradesh from March 1998 to March 2003 and again from January 1, 2008 to December 25, 2012. Presently, he holds the designation of Leader of Opposition in state assembly.

Dhumal is an old-timer in the BJP. He became vice-president of Bharatiya Janata Yuva Morcha in 1982. In 1984, he was selected as the candidate for the Hamirpur parliamentary constituency when the sitting Member of the Himachal Pradesh Legislative Assembly and state stalwart Jagdev Chand, refused to stand.

After the sudden death of Jagdev Chand in 1993, Dhumal became active in state politics. He was president of the BJP in Himachal Pradesh from 1993 and became the state's Chief Minister in March 1998.

The term of the 68-member Himachal Pradesh Assembly ends on January 7, 2018.