India   All India  31 Oct 2017  Gujarat Assembly polls: Cong sees no value in giving in to Hardik Patel
India, All India

Gujarat Assembly polls: Cong sees no value in giving in to Hardik Patel 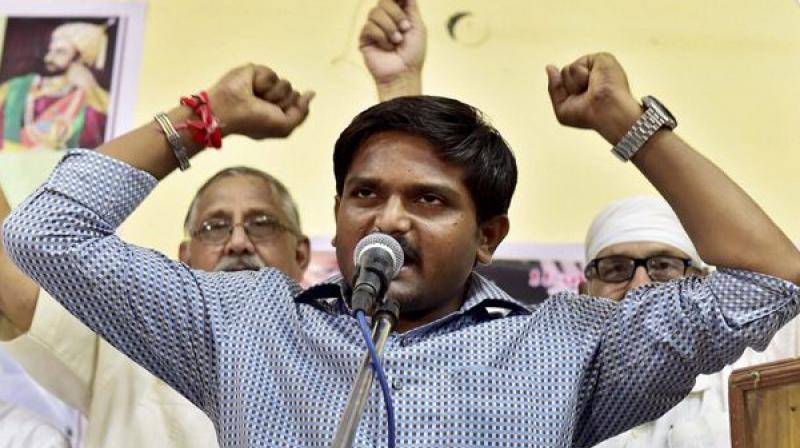 New Delhi: Even as Congress vice-president Rahul Gandhi is expected to meet Patidar leader Hardik Patel during his visit to Gujarat in November, party strategists are in no mood to give in to the Patidar demand for reservation under the existing OBC quota in the state. Congress leaders would, if fact, prefer if Mr Patel’s Patidar Anaamat Andolan Samiti (PAAS) contests elections on its own in the Patidar-dominated seats as they feel this would cut into the BJP’s Patel vote bank and benefit them.

Sources in the Congress said that during negotiations with Mr Patel, party leaders felt that he was anyway in no mood to join the Congress, but was determined to ensure that the BJP loses.

“He is not interested in anybody winning. He just wants the BJP to lose,” a senior Congress leader told this newspaper.

The leader said that since Patels have traditionally been BJP supporters, the PAAS contesting alone would mean that it substantially eats into the Patidar vote.

According to the Congress’ spin doctors, giving in to the Patidars’ demand for reservation under the OBC quota will backfire and lead to the party losing OBC votes, especially since OBC leader Alpesh Thakore recently joined the Congress.

Gujarat Pradesh Congress chief Bharat Singh Solanki has said that in its manifesto the party is likely to announce a 20 per cent reservation for Economically Backward Classes (EBC), but this will mean amending the Constitution and approaching the courts.

With the Congress remaining non-committal over the quota demand, Mr Patel has extended his November 3 deadline to the Congress to announce its stand on the Patel reservation issue to November 7.

Mr Patel, who rode to fame over his agitation demanding quota for Patidars, is in no position to back off and would rather contest independently than have any kind of seat sharing with Congress.

“He can’t go with the BJP and at the same time, he has to keep the pitch of reservation up,” the Congress leader said.

Congress sources said this is the ideal situation for the party as it will benefit from the division in the votes of Gujarat’s 12 per cent Patel population which has traditionally been BJP voters.

Mr Patel has been holding hectic negotiations with the Congress and was recently filmed leaving a hotel where the BJP claimed that he met Mr Gandhi. However, both Congress and Mr Patel have denied the meeting.