The Himachal Pradesh Assembly election will be held on November 9. 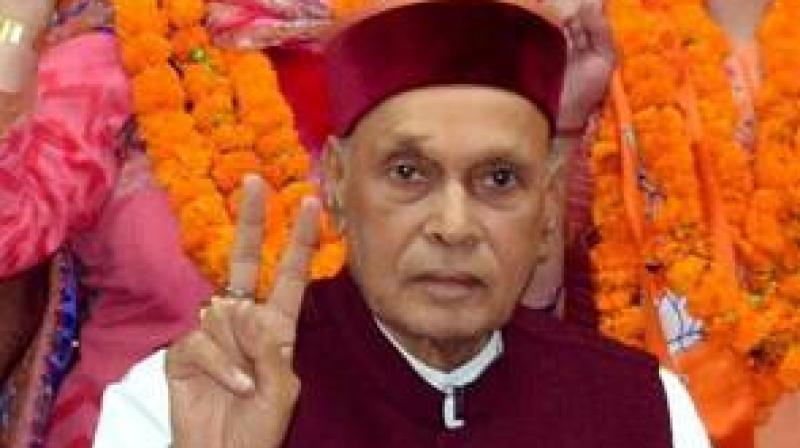 The BJP Central Election Committee finalised the party's candidate in a meeting in Delhi, for the election, which is scheduled to be held on November 9. (Photo: PTI)

Presently, he holds the designation of Leader of Opposition in the state assembly.

Dhumal became vice-president of Bharatiya Janata Yuva Morcha in 1982. In 1984, he was selected as the candidate for the Hamirpur parliamentary constituency when the sitting Member of the Himachal Pradesh Legislative Assembly and state stalwart Jagdev Chand, refused to stand.

After the sudden death of Jagdev Chand in 1993, Dhumal became active in state politics. He was president of the BJP in Himachal Pradesh from 1993 and became the state's Chief Minister in March 1998.

The BJP Central Election Committee finalised the party's candidate in a meeting in Delhi, for the election, which is scheduled to be held on November 9.

BJP lost to Congress in the 2012 assembly elections, where Virbhadra Singh took over the chair as the Chief Minister of the state.

Earlier this year, BJP won the Shimla Municipal Elections by securing 17 out of 34 seats.