The India-Italy diplomatic row had also impacted the European Union’s relationship with India. 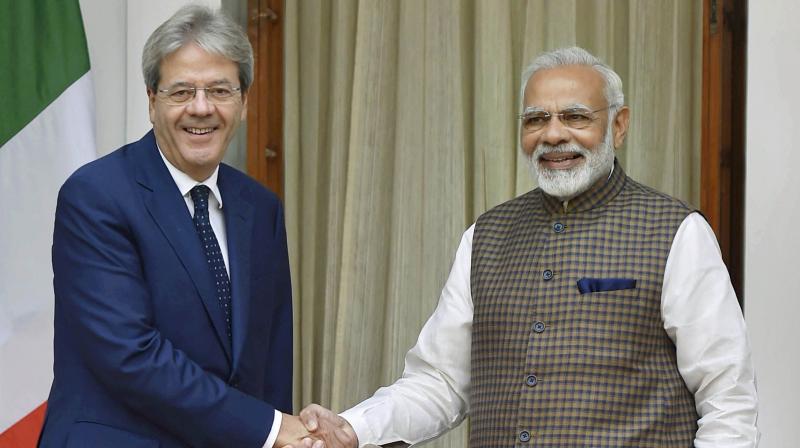 New Delhi: India and Italy on Monday decided that ties would not be held hostage to the Italian marines issue, sources said, even as the two countries signed six pacts to strengthen the bilateral relationship in sectors, including energy, trade and railways and also vowed to fight the menace of terrorism together.

This was decided after detailed talks between Prime Minister Narendra Modi and his visiting Italian counterpart Paolo Gentiloni.

The India-Italy diplomatic ties had taken a severe hit after two Italian marines —Latorre Massimiliano and Salvatore Girone —on board a ship named Enrica Lexie, were arrested for allegedly killing two Indian fishermen off the coast of Kerala in 2012.

Italy claimed the ship was in international waters and that only the International Tribunal for the Law of the Sea (ITLOS) should apply following which moved the international tribunal.

According to reports, While Latorre returned to Italy in September 2014 following an order of the Supreme Court issued on health grounds, Girone was allowed to go in May 2016.

They are now in Italy, pending the verdict by the arbitration court at the Hague. The India-Italy diplomatic row had also impacted the European Union’s relationship with India.

Indian government sources said that the two countries felt that they must together make up for “lost time” on development in the bilateral ties.