In 2000, Asha Devi , a transgender had won the Mayor’s election in Gorakhpur as an independent candidate. 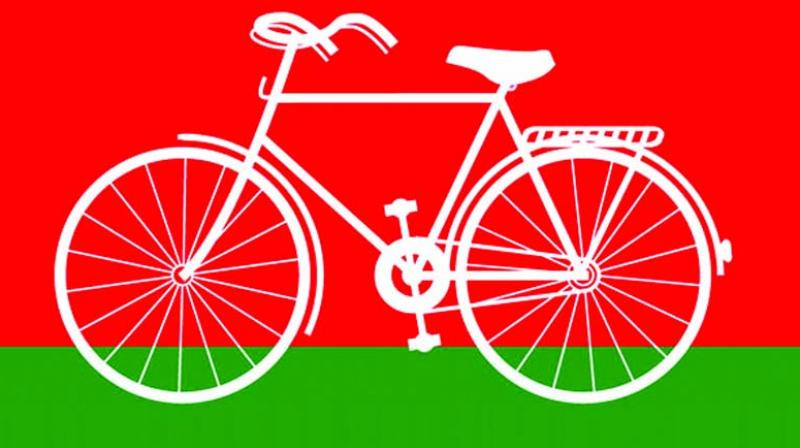 The newly created Ayodhya-Faizabad seat is one of the most prestigious seats for BJP, apart from Mathura-Vrindavan.

Lucknow: In a first, the Samajwadi Party has named a transgender as its mayoral candidate for the upcoming municipal elections in Ayodhya.

The newly created Ayodhya-Faizabad seat is one of the most prestigious seats for BJP, apart from Mathura-Vrindavan. If elected, this will be the second time that a transgender will hold the mayoral post.

In 2000, Asha Devi , a transgender had won the Mayor’s election in Gorakhpur as an independent candidate.

However, in 2003 , she was unseated as her election was declared invalid by a local court because the mayor post was reserved for a female.

For the upcoming municipal elections, Samajwadi president Akhilesh Yadav has named Gulshan Bindu as the SP candidate from Ayodhya for the mayor’s post. Gulshan, 47, had contested the 2012 assembly elections as an independent candidate and stood fourth with 22,023 votes.

Thereafter, she also contested the Faizabad Nagar Palika chairman’s post later in the same year. She finished second in a close contest against BJP’s Vijay Gupta. With the slogan ‘Na Muslim, Na Hindu, Abki Gulshan Bindu’, Gulshan has emerged as a popular candidate in previous elections.

“I had contested the previous elections as an independent and now that the Samajwadi Party has given me the ticket, I am confident of winning. Ayodhya se main Yogi ji ko jawab doongi,” said Gulshan. Incidentally, it is commonly believed in that not fulfilling a pledge made to a (transgender) is inauspicious. Meanwhile, the SP has also announced names of six other mayoral candidates, including Deepu Manethiya Valmiki (Meerut), IS Tohmar (Bareilly), Yusuf Ansari (Moradabad), Mujahid Kidwai (Aligarh), Rahul Saxena (Jhansi) and Rahul Gupta from Gorakhpur. Mr Akhilesh, while addressing party workers, said that municipal elections will be the first big challenge after the 2017 assembly polls. He said that the party has focused on women, traders, and businessmen while distributing tickets.