India   All India  31 Oct 2019  The killer loneliness epidemic is a public health issue
India, All India

The killer loneliness epidemic is a public health issue

The loneliness epidemic is a reality in today’s hyper-connected world. 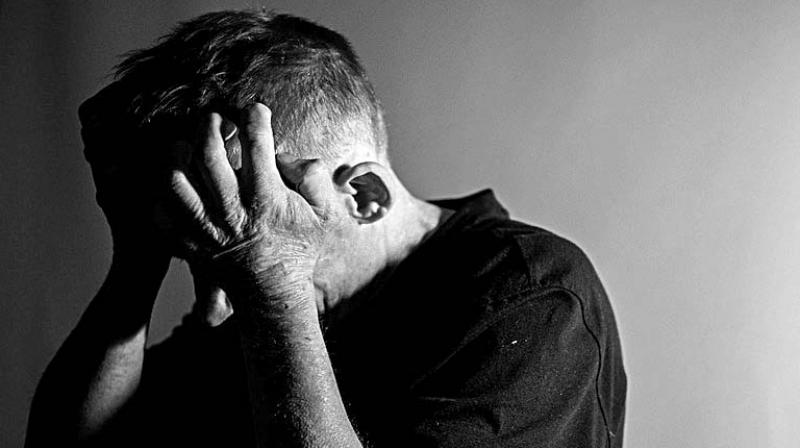 Studies have shown that loneliness has been associated with cardiovascular problems and premature death.

I was once sad and lonely,
Having nobody to comfort me,
So I wore a mask that always smiled,
And hide my feelings behind a lie…
Before long, I had many friends;
With my mask, I was one of them.
But deep inside I still felt empty,
Like I was missing a part of me…

The loneliness epidemic is a reality in today’s hyper-connected world. Although we live in an era in which communication seems simpler than the past, we are in fact growing apart as a society. In essence, a co-worker is one email away, a friend is one text away, and a loved one is one video chat away and yet… there is a vacuum an inability to speak about what is really bothering us. In the world of emoticons we are often forced to put on a smiley face where instead we are terribly lonely inside. Although communication may be easier and faster, connection may still be complicated. Therefore, despite the reputation for practical societal advancements, our technologically advanced time is also being linked to a loneliness epidemic.

U.S. Surgeon General Vivek Murthy emphasises that loneliness and emotional well-being are serious public health concerns. Loneliness is the subjective experience in which a person feels solitary. Loneliness is a common human emotion, and when fleeting, it is possible that an individual may not be gravely impacted. However, persistent and pervasive sentiments of isolation can be harmful to our state of health and wellbeing.

Studies have shown that loneliness has been associated with cardiovascular problems and premature death. Lonelier individuals are less likely to achieve quality sleep. Lonely individuals experience reductions in reasoning and creativity. In addition to these reduced abilities, loneliness affects workplace productivity, as lonely individuals report less job satisfaction and are more likely to face unemployment. Loneliness is commonly correlated with mental health concerns such as anxiety, depression, and suicide. Similarly, loneliness is often associated with poor coping mechanisms, such as compulsive technology use, smoking, and self-harm like cutting or taking self-prescribed drugs.

In her article in Psychology Today, Shainna Ali a Ph.D., at LMHC, sited that according to Cigna’s Loneliness Index, those who live with others are less likely to be lonely. However, Ali states that it was not a sureshot way to overcome loneliness since just simply living with others does not protect one against loneliness. It is possible to feel lonely in the company of others as well. It is the ability to connect with people to actually have a real conversation and to overcome the fear of being vulnerable, which has to be worked upon in order to ensure that one is not trapped in the vicious cycle of loneliness.

A recent study published in the Harvard Business Review, indicates that workers who experienced higher levels of loneliness also reported fewer promotions, less job satisfaction, and a greater likelihood for frequently changing jobs. Moreover, the study illuminated that lawyers, doctors, and engineers were the occupations reporting the highest levels of loneliness. Since a large proportion of time is spent at work, individuals who are dissatisfied with their current levels of social support and connectedness at work may have feelings of loneliness evoked, or prior sentiments fostered.  Sometimes inversely, people on the top are the loneliest and achievers feel that by achieving they are going to be more accepted by people so it becomes a driving force to be accepted. This leads to a
vicious cycle.

Turning to technology is often seen as an easy fix. However an overuse of technology is in fact the root cause of isolation and loneliness in big cities and metropolitans. It was in a survey which explored the social media patterns of 1,781 young adults, it was found that individuals who logged in for a half an hour per day felt less lonely compared to individuals who logged on for more than two hours daily. Within that target group it was also discovered that number of hours spent on social media was not the only factor, it was also the way in which social media was used that defined the loneliness quotient. Those who spent time on chat groups and connected with other people were less likely to feel lonely then those who simply posted images and got likes. These likes are not a real indication of how much a person is actually liked and who will step forward in a real crisis to help and uplift that person.

Looking at the global rise in this sense of isolation and loneliness one of the major reasons that was cited is a confluence of societal factors, such as the stress of migration and cultural integration (including among refugee populations); an increasingly polarised world fueled by “us versus them” narratives; lack of available economic and employment opportunities; persistent gender- and race/ethnicity-based inequality, discrimination, and violence; shifting cultural norms and a feeling of “culture under threat”; and the role of tech and social media, fueling everything from tech addiction to loneliness to body image issues. Furthering this trend is the opioid crisis (opioids are a diverse class of moderately strong painkillers, including oxycodone, hydrocodone), with signs of it being exported from the US to the rest of the world.

So what can we do about this loneliness crisis that seems to have infected our global population?

Talking about it certainly helps and can be seen as one of the first steps. There are several help lines that have been set up all over the world including the National Alliance on Mental Health (NAMI). Getting more involved in social activities and meeting new people can usually help one move forward. One can volunteer for a cause, or just meet up with people with similar interests one can even adopt a dog or cat to serve as a loyal companion.

Experts like Gross and Dattilo say that practicing optimism can help reduce anxiety. “Human beings have something called human negativity bias, which means we are hardwired to pay more attention to threatening and scary information than positive, assuring information,” Gross told Healthline, a health news magazine. In order to reduce this constant need to stay in flight or fight mode, we as a species need to practice being optimistic to reduce anxiety. I hate to be quoting a cliché here, but yes meditation helps!

The writer is the chairperson of the AICC grievance cell. The views expressed here are personal.