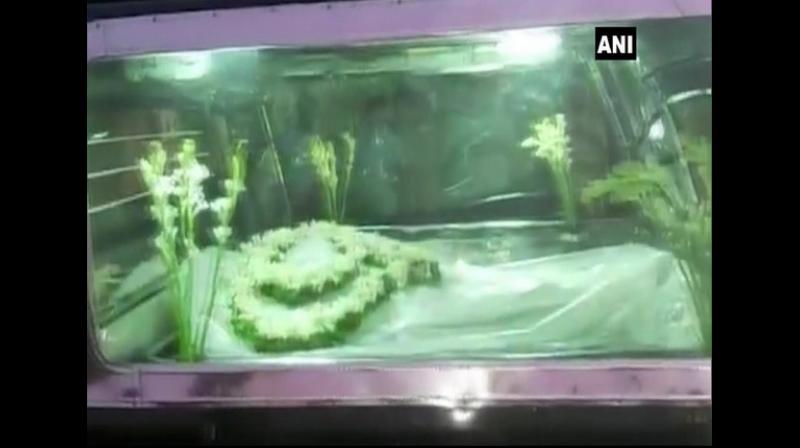 The mortal remains of 5 labourers, who were killed by terrorists in J&K's Kulgam on Oct 29 were handed over to their families in Bokhara Bahal Nagar village. (Photo: ANI)

Murshidabad: The mortal remains of five labourers, who were killed by terrorists in Jammu and Kashmir's Kulgam district on October 29, were handed over to their families in Murshidabad on Thursday.

The mortal remains were handed over to their families in Bokhara Bahal Nagar village.

Firhad Hakim, Urban Development and Municipal Affairs Minister of West Bengal, Firhad Hakim announced that state government will grant an ex-gratia of Rs 5 lakh for the kin of deceased.

"We are shocked and deeply saddened at the brutal killings in Kashmir. Five workers from Murshidabad lost their lives. Words will not take away the grief of the families of the deceased. All help will be extended to the families in this tragic situation," she had tweeted.