The decision was first proposed by Prime Minister Narendra Modi at the G-20 Summit way back in 2014, said Harsh Vardhan Shringla 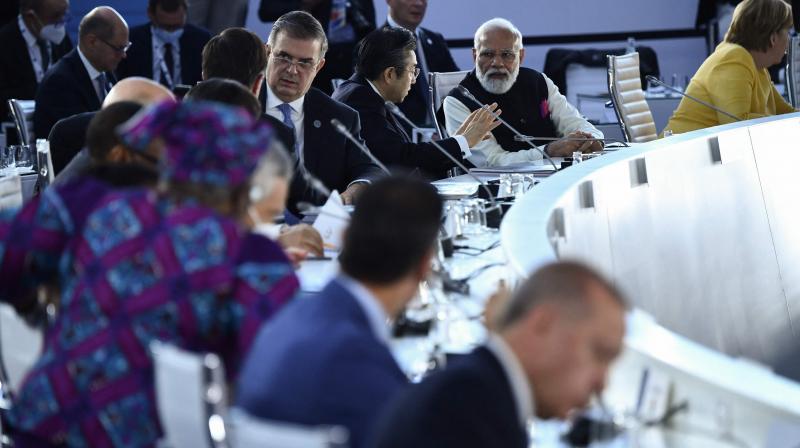 New Delhi: The G-20 Summit on Saturday in Rome has taken a decision to levy a global 15 percent minimum corporate tax on companies that will “make the global financial architecture more fair and just” and this was first proposed by Prime Minister Narendra Modi at the G-20 Summit way back in 2014, Foreign secretary Harsh Vardhan Shringla said at a briefing in the Italian Capital, adding that PM Modi had expressed satisfaction over the G-20 decision.

The G-20 is a grouping of 20 of the world’s largest economies including India.

The foreign secretary also said PM Modi had announced at the G-20 Summit that India was ready to produce over five billion doses of Covid vaccine by the end of next year for both itself and the rest of the world to help combat the pandemic and reduce vaccine inequity among nations.

PM Modi participated in both the inaugural ceremony of the G-20 as well as the first session on “Global Economy and Global Health” of the Summit on Saturday.

The foreign secretary said that the decision of the G-20 on the 15 percent minimum corporate tax would ensure that companies “don’t go to the lowest possible tax haven to minimise their burden and that large multi-national corporations (MNCs) pay their share of taxes in the countries in which they are located in”. He said PM Modi had first mentioned this concept at the G-20 Summit in 2014 for prevention of evasion of taxes.

“So today there is satisfaction over the fact that the G-20 has actually adopted this. It has become a global norm,” the Foreign Secretary said. “This is a very important step in ensuring more rationalised tax structures, and better cooperation in the international domain when it comes to issues like tax evasion, money laundering, corruption ... some of the issues that the G-20 is currently dealing with,” Mr Shringla added.

On vaccination and the pandemic, Mr. Shringla said PM Modi had pushed for facilitation of international travel and about the mechanism of mutual recognition and certification of vaccines. PM Modi said that the (pending) WHO’s approval of emergency use authorisation of India’s indigenously produced Covid vaccine Covaxin that is pending with the global health body would facilitate India’s vaccine assistance to other nations, with the country already having administered its citizens with over a billion doses of the Covid vaccine. He said PM Modi had also spoken about India’s vision of “one earth one health” and the collaborative global effort including resilient global supply chains to deal with the pandemic.

PM Modi also spoke about the “bold economic reforms” his government had ushered in, Mr Shringla said. PM Modi will participate in the remaining sessions of the G-20 on Sunday and is also expected to participate in an event on the sidelines hosted by US President Joe Biden on supply chains in the context of the pandemic.