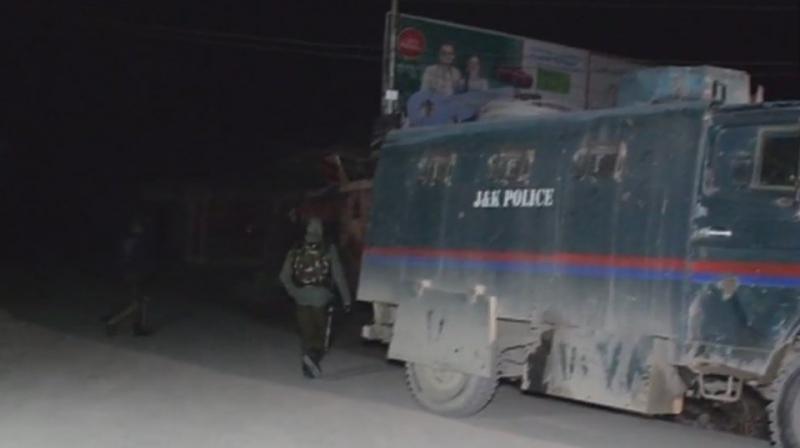 The militants stormed the 185th battalion camp of the CRPF or Central Reserve Police Force in Lethpora in Kashmir valley around 2 am. (Photo: ANI)

Srinagar: Two heavily armed militants stormed a CRPF camp in Pulwama district of Jammu and Kashmir in the early hours of Sunday, killing a personnel and leaving two others injured.

"Two heavily armed militants stormed the camp at about 2 am. They were armed with under-barrel grenade launchers and automatic weapons. They were challenged by camp sentries," CRPF officials said,

The deceased CRPF jawan has been identified as constable Saifuddin Soz, a resident of Srinagar.

"The two militants are holed up in one building block in the camp and operation is underway to neutralise militants," a senior official of the force said.

The camp also serves as training centre for troops inducted for counter-militancy operations in Kashmir Valley. A Jammu and Kashmir Police team is also co-located with CRPF in this camp.